This January Disney will be going all out to celebrate the big cheese and his main squeeze with events at Walt Disney World, Disneyland, and on the Disney Cruise Line. The World’s Biggest Mouse Party is being thrown to observe Mickey Mouse’s and Minnie Mouse’s 90th Anniversary. A new partnership between Disney and Vogue.com helps turn street style into Main Street style to help Disney fans join in the celebration with their own fashion forward Disney looks.

As part of the branded collaboration with Vogue.com, the Main Street Style Hub will feature stylish park goers, influencers, and models such as Josephine Skriver wearing new park merchandise inspired by Mickey Mouse as his status as a true original. These pieces join other Mickey-inspired fashions such as the Disney x Levi’s Mickey Mouse jacket available at the parks or on shopDisney.com 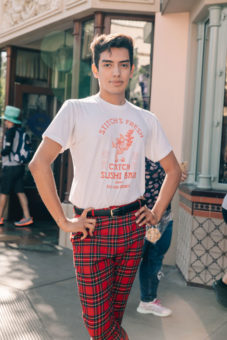 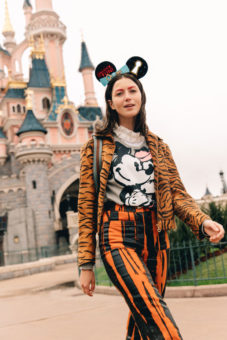 “Disney fans around the world have come together to celebrate 90 years of Mickey and Minnie and it’s inspiring to see how these beloved characters are incorporated into personal style,” said Jill Estorino, executive vice president of global marketing and sales for Disney Parks, Experiences and Consumer Products. “This collaboration with Vogue is the perfect tribute to Mickey and Minnie’s impact on fashion and pop culture, and we hope fans will continue to celebrate through the year with the World’s Biggest Mouse Party.”

Disney continues to collaborate with luxury designers, tastemakers, and brands to extend the stories of some of the world’s most beloved characters in new and unexpected ways. From Yves St Laurent to rag & bone to Shinola, fashion brands put their unique spin on items for Mickey Mouse and Minnie Mouse’s 90th Anniversary to meet the needs of stylish Disney lovers. 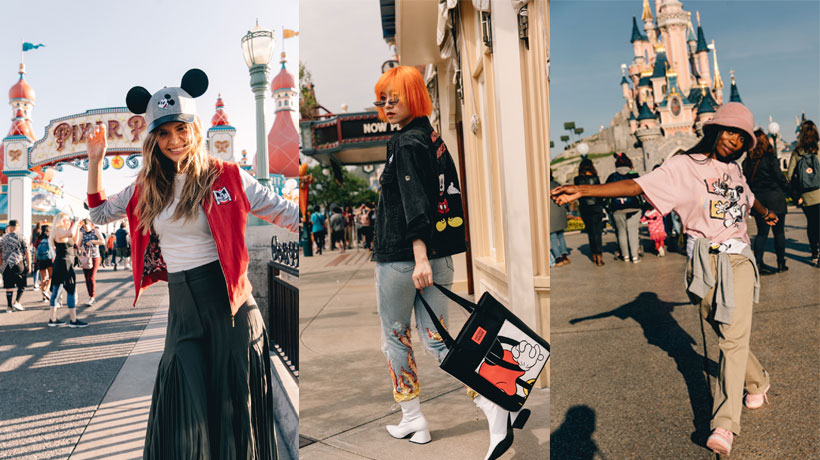 When you visit Disneyland, Walt Disney World, or travel on the Disney Cruise Line’s Disney Fantasy, you can show off your own Mickey- and Minnie-inspired looks as the locations celebrate with special, limited-time celebrations:

Check out the Main Street Style hub and then let us know if you’ll be sporting your own Mickey- or Minnie- inspired look on your next visit to the parks?