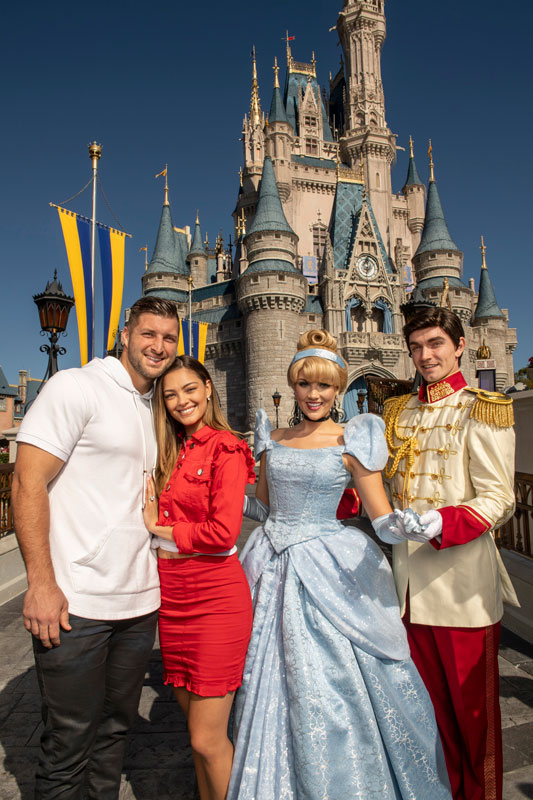 After sports analyst, football, and baseball player Tim Tebow and Demi-Leigh Nel-Peters announced their engagement Thursday, where did they want to go? Walt Disney World, of course! The couple brought family and friends with them to the Magic Kingdom for a day of celebratory fun.

The day included a ride on Dumbo and a stop at Cinderella Castle where they met the park’s royal lovebirds – Cinderella and Prince Charming:

Nel-Peters hails from South Africa and this was her first ever visit to Walt Disney World. Tebow, of course, has visited before having played high school and college level sports in the state. He also previously appeared during ESPN The Weekend events and co-hosted a Disney Parks Holiday TV special in 2014. 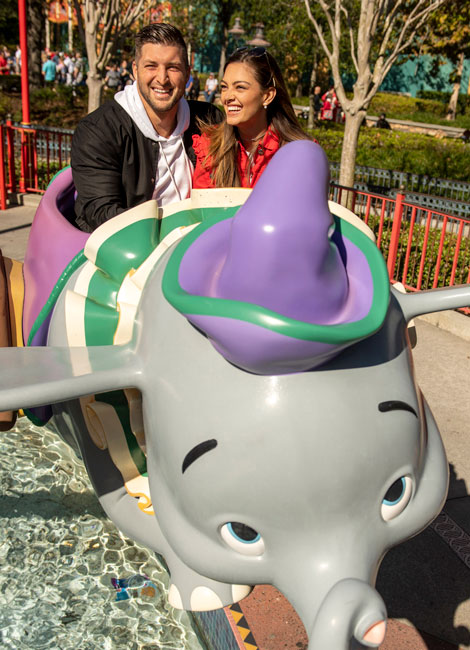 “It’s special being able to celebrate here at Walt Disney World with her family and my family,” Tebow said. “Every day with her is more than I could have ever wished for.”

It turns out that it’s a growing trend for couples to visit a Disney theme park after their engagement for a quick vacation with friends and family. It’s like a wedding before the wedding, but fun. Congratulations to the happy couple!

What have you visited Walt Disney World to celebrate?