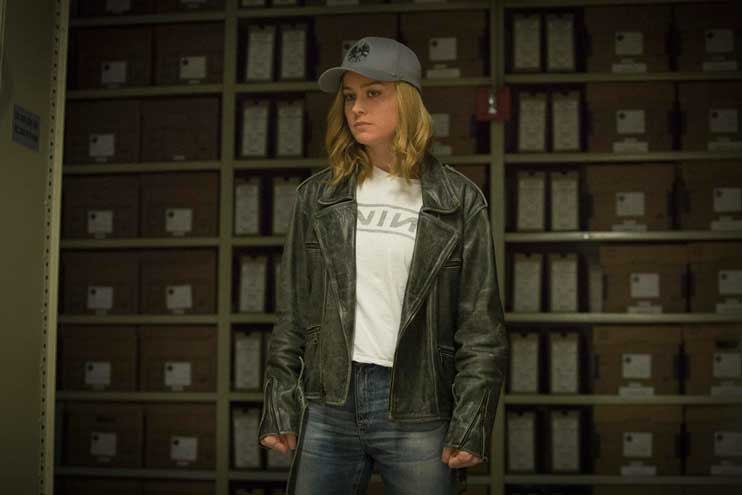 Marvel Studios has released a special look at the next big super hero adventure – Captain Marvel. Set in the 1990s, Captain Marvel is an all-new adventure from a previously unseen period in the history of the Marvel Cinematic Universe that follows the journey of Carol Danvers as she becomes one of the universe’s most powerful heroes.

When a galactic war between two alien races reaches Earth, Danvers finds herself and a small cadre of allies at the center of the maelstrom. Watch the trailer here:

Of course, it will tie in to the Avengers: End Game mega-super-hero movie to tie all the Marvel Cinematic Universe up in a snap.

If you want to be among the first to see Earth’s mightiest hero take to the big screen, tickets are now on sale at Fandango. You use of this affiliate link helps support The Disney Blog. Thank you.

previousDisney Doppelgangers: Characters Who Resemble Their Voice Actors
nextWhat We Know About the First Disney Cruises to Set Sail from New Orleans