Not all voice actors are blessed by the Disney gods to look like the animated characters they portray. (C’mon, we all aspire to look like a Disney character, even if we are cast as a villain, animal, inanimate object, or alien sidekick!) However, there are quite a few who are given this honor, and it is one of our favorite past times to stumble upon the resemblance!

Here is a list of a few of our favorite Disney doppelgangers: Angela Lansbury recorded “Tale as Old as Time” for Disney’s animated Beauty and the Beast in a single take after landing from a flight that was nearly grounded due to a bomb scare. “We made it just in time,” Lansbury said. She contributes her one-take wonder to the leftover adrenaline from the incident. “I think it was the excitement of it all, the sense of ‘do it now!'”

“[Mrs. Potts] brought me into the lives of so many young kids, children, babies. They know my voice. And today, I’ve said this before, I can be talking to a friend in a supermarket, and if a kid happens to be around me at the time, some little child who’s with his mom, he’ll say, ‘Mom, that’s Mrs. Potts!’” To read more of Lansbury’s reflections on the film, check out this interview. 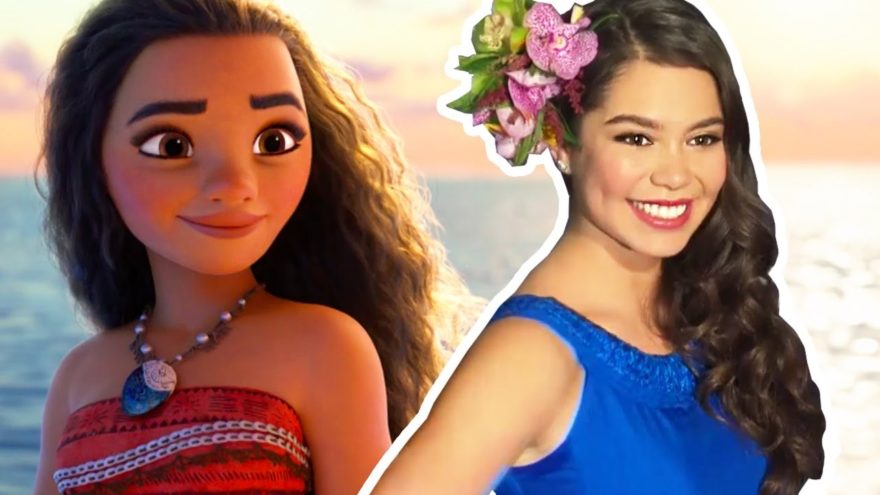 “They tricked me,” Cravalho recalls the fateful day. As the actress was performing various scenes and emotions, producers decided to throw her a spontaneous request: “Imagine we gave you the part to Moana.” After interviewing her for a few minutes, they finally gave Cravalho the news. “We’re not pretending now,” one of the producers tells Cravalho, who was in Honolulu, over the live stream from Disney’s Burbank, California, offices. “We want you to be the voice of Moana.”

“Moana is such an amazing character,” Cravalho told People. “She’s brave, she is so empowered, she knows what she wants and she’s not afraid to get it, and I think that’s something that I can relate to as well. I just love watching how she goes along in this wonderful movie and grows as a person and helps her culture along the way.” See the Moana casting video: Costa has said that being invited into the Disney princess canon, along with Snow White and Cinderella, was “absolutely marvelous.” She recalls: “If I had not been at a dinner party the night before I auditioned and hadn’t been heard singing around the piano, they might have shelved this project. They had been looking for a voice for Princess Aurora for three years… I’m so very honored and thankful that I was available.”

“I feel that [Aurora] is a very, very strong character. She has been put with godmothers who are very colorful and you know they have talked to her about many things. She plays with all the animals and has a vivid imagination… I think she is a beautiful personification of femininity. She’s very strong – she absolutely wanted to come back into the cottage and tell them that she had found the love of her life and that she was going to go with him. [She is] a very layered character.” To read the full interview with Mary Costa, visit this link. Playing tía Rosita in Disney Pixar’s colorful Coco was a dream come true for actress Selene Luna. “For me it’s very personal. I’m a Mexican immigrant and it’s an opportunity to show the world what a beautiful culture the Mexican culture is,” she tells PEOPLE CHICA of the all Latino cast. “In this political climate, it’s important to show what is positive about different cultures and how they contribute to America.”

“[tía Rosita] reminds me of the older women in my family. She is very loving and nurturing, but at the same time she is nervous all the time,” she says. “It’s my first experience playing a cartoon character. It forces you to use your imagination, and I’ve had a lot of fun doing it. It was very exciting.” To read the full interview with Luna, which also talks about the challenges the 3’10 actress has faced in Hollywood, check out this link. 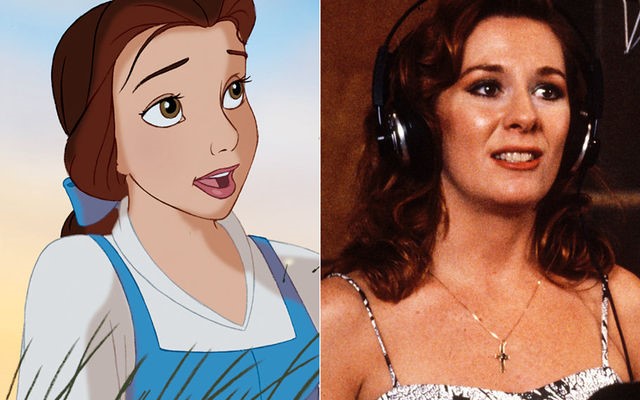 “I wore blue to audition for Belle. I wore blue for both premieres, and she ended up in blue in the movie, so it’s kind of a lucky color,” Paige O’Hara told People at the film’s Los Angeles premiere.

“[Belle is] so much like me, it’s crazy,” O’Hara says. “I felt like it was almost written for me. That’s how I felt in my heart, because so much of my childhood was like Belle: the oddball, the bookworm, all of it, and wanting adventure – I wanted adventure as an actress.”

Interestingly, O’Hara is currently the only Disney Princess who is also a Disney Fine Artist. Check out her work here.

While it was trickier to find commentary from several of the male actors on the iconic characters they portrayed, we simply couldn’t resist showcasing their likeness photos anyway! 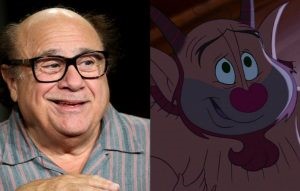 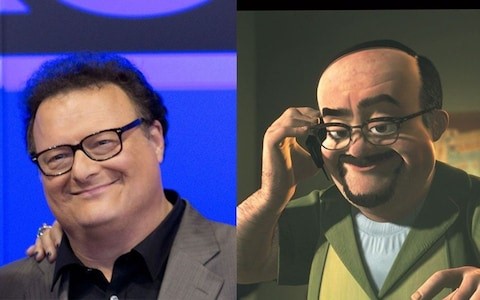 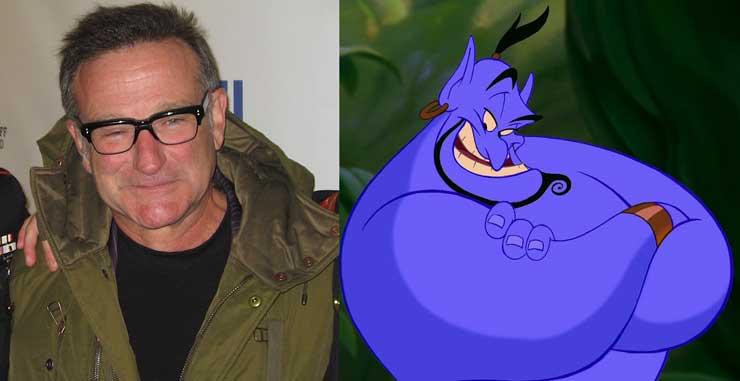 Which Disney Voice Actor do you think most closely resembles their character?