Inside “Tangled: The Musical” 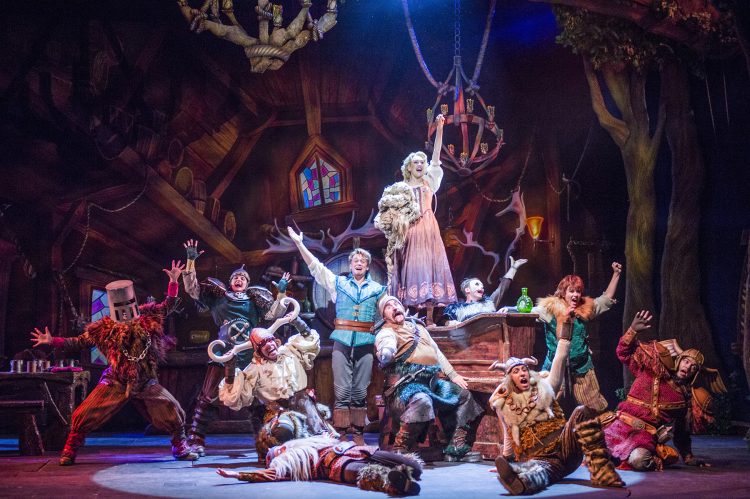 A musical based on Disney’s hit animated feature “Tangled” has been rumored as a possible replacement show at Disney’s Hollywood Studios should the park decide to close the long running “Beauty and the Beast” stage musical. What would this new Tangled stage musical look like?

It turns out there is already a stage version of Tangled. You just have to look to the high seas and Disney Cruise Line to find “Tangled: The Musical.” It’s been an exclusive to the Disney Magic since it premiered in 2015. 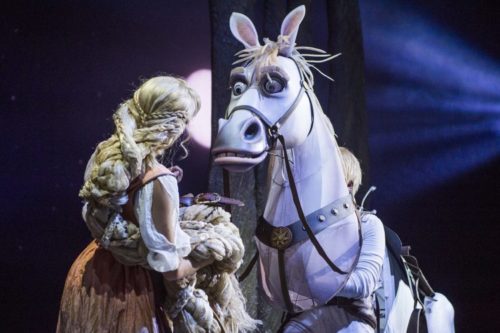 The show combines the story and songs from the beloved animated film with lavish production numbers and new music for the show. It features a 15-foot-tall tower with more than 20 glowing flowers hidden in a mural design. There’s even more than 200 feet of hair to bring Rapunzels’ famous golden tresses to life on stage.

The state-of-the-art Walt Disney Theatre is host to the show. Disney has incorporated the latest theatrical technology in the theatre, which might preview any upgrades coming to the Theatre of the Stars at Disney’s Hollywood Studios. 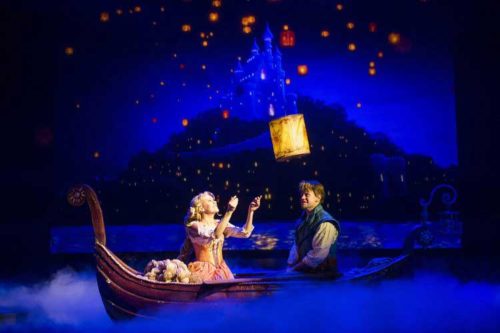 “Tangled: The Musical” runs to about 60 minutes long, which would have to be cut down for a theme park show. I’d also like to see Theatre of the Stars enclosed to allow for better lighting and in-theater effects. The Disney Magic also has a restaurant called “Rapunzel’s Royal Table.” Maybe they could make this a dinner show?

Would you like to see a stage version of Disney’s “Tangled” staged at Disney’s Hollywood Studios?