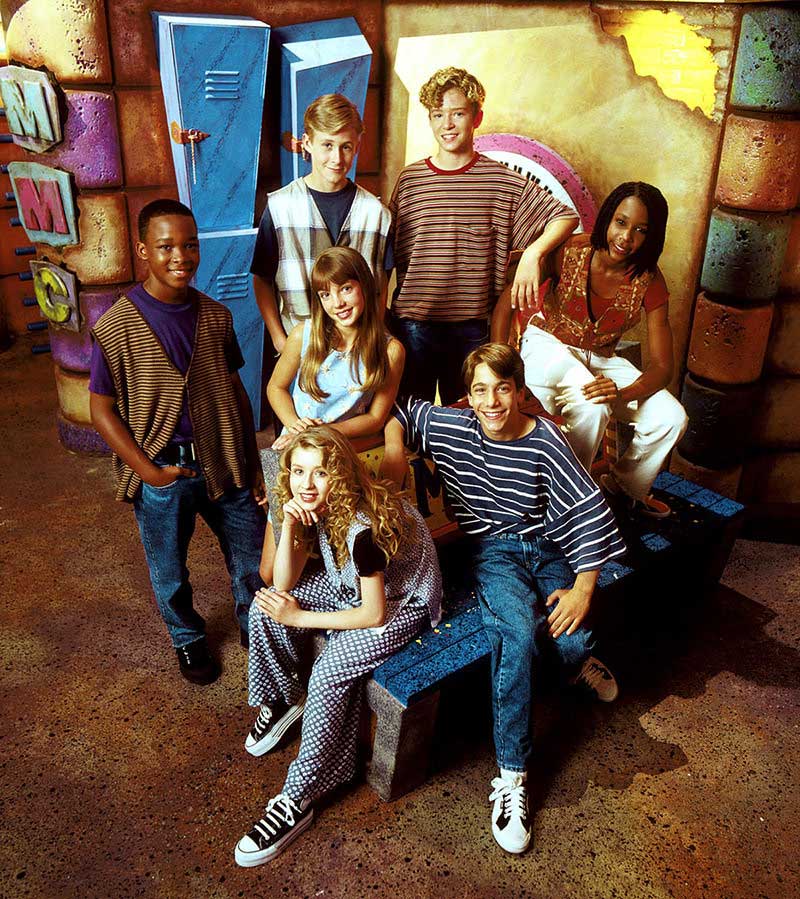 If the 90s iteration of “The Mickey Mouse Club” was your show, then you’ll want to plan to get to Orlando May 18-19, 2019 for a special reunion of the Mouseketeers for the show’s 30th anniversary. The #MMC30 reunion will be hosted by NSYNC’s Joey Fatone and include a focus on giving back to the community where it all began.

The event will feature Mouseketeers from all 7 seasons of “The ‘All New’ Mickey Mouse Club.” Proceeds will benefit two great organizations in central Florida – onePULSE Foundation and Give Kids The World Village.

The onePULSE Foundation was established to create a sanctuary of hope following the tragic events that took place at the Pulse Nightclub, to honor the 49 angels that were taken, the 68 others who were injured, and the countless first responders and healthcare professionals who treated them.

“The Mickey Mouse Club cultivated a culture of diversity and inclusion long before it was brought to the forefront of corporate social responsibility. We are grateful to their organization for pioneering the message to our youth for so long, and also for supporting onePULSE in our effort to fight hate and promote acceptance,” says Barbara Poma, Executive Director, onePULSE Foundation.

Give Kids The World Village is an 84-acre, nonprofit resort in Central Florida that provides weeklong, cost-free vacations to children with critical illnesses and their families. The Village and its community partners provide accommodations in fully-furnished villas, transportation, tickets to theme parks, meals, daily entertainment and much more.

“We are truly honored to be a part of this special reunion of the Mickey Mouse Club. Wish children and their families who stay at Give Kids The World are visiting Central Florida with a wish to enjoy Walt Disney World and other Central Florida attractions. The joy that participants will bring to these precious families through their support of this event is immeasurable,” says Pamela Landwirth, President and CEO, Give Kids The World.

“The ‘All New’ Mickey Mouse Club” premiered in 1989 on the Disney Channel. The series made efforts early on to promote diversity and inclusivity, creating a safe space where viewers from any background could relate to someone in the cast. The Mouse Club highlighted outstanding young people around the country, celebrated civic action and charitable giving, and featured special guests ranging from Annette Funicello and the original Mouseketeers, to Whitney Houston, Boyz II Men, New Kids On The Block, and TLC. Notable televised performances included the 35th anniversary special with President Ronald Reagan, the openings of Disney World’s Typhoon Lagoon and MGM Studios (now Hollywood Studios), President Bill Clinton’s inaugural celebration, and a live concert event called “MMC Rocks The Planet” that put a spotlight on environmental concerns and the importance of protecting our planet. Hollywood Records’ first music group was The Party comprised of 5 cast members produced by Dr. Dre, Teddy Riley, Jellybean Benitez, and Stephen Bray, and Mouseketeers released an MMC album with a USO tour in support of U.S. troops.

The ‘All New’ Mickey Mouse Club is best known today as a training ground for some of the most celebrated artists and philanthropists in the world, who have helped raise millions of dollars for charitable efforts. The #MMC30 event is a recognition of the premiere episode’s global impact and the show’s continuing influence on a generation of artists and fans. 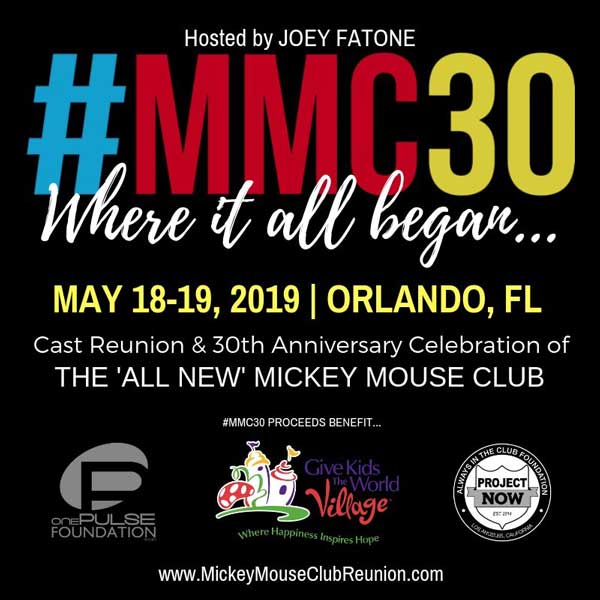 “What an incredible honor it has been representing one of Walt’s passion projects. The show helped in raising us to be socially conscious and gave us the ultimate gift of the exposure to each other’s beliefs, skills, and backgrounds to learn, grow and build upon,” says Chasen Hampton.

“We have continued to lift each other up over the last 30 years as a multi-cultural family that includes our cast, crew, and devoted fans. We feel that our collaboration with onePULSE and Give Kids The World couldn’t be more fitting, and we’re proud to support their efforts,” says Dale Godboldo.

Note: A full list of appearances hasn’t been released yet. There’s no guarantee your favorite MMC member will be in attendance.