Disney World to launch Gondola network in Fall of 2019 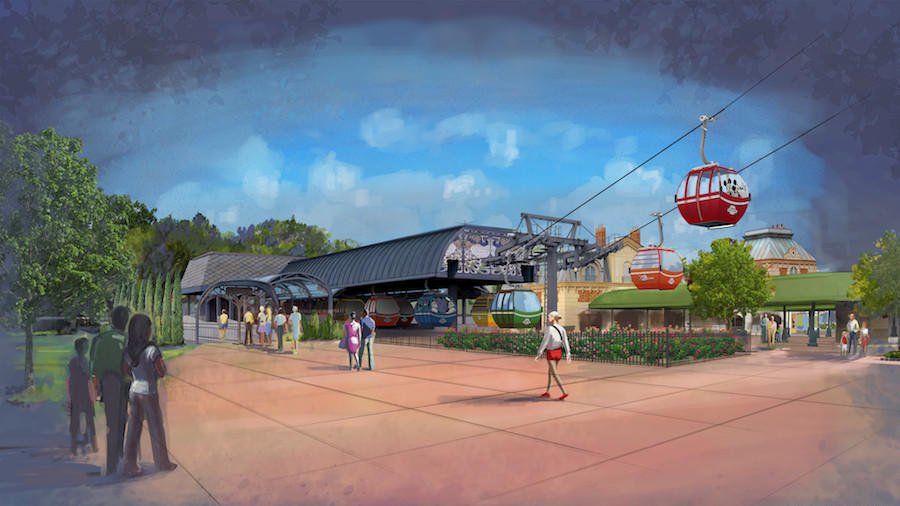 Work continues on the Disney Skyliner gondola network at Walt Disney World with the first cables being strung just this week on the Disney’s Hollywood Studios leg. Eventually the system will transport guests between two parks and four resorts and we now have an estimated start date for the aerial tram operation – Fall of 2019.

When it opens guests will be able to ride the state-of-the-art gondola system from Doppelmayr between Disney’s Hollywood Studios and Epcot. It will also connect the EPCOT area resorts with stops at Disney’s Art of Animation Resort and Disney’s Pop Century, Disney’s Caribbean Beach Resort, as well as the 15th Disney Vacation Club resort, Disney’s Riviera Resort, which occupies space formerly part of the Caribbean Beach Resort.

As we proposed back in 2013, the Disney Skyliner will be an efficient and picturesque way of moving around Walt Disney World. There will be amazing views of the parks and resorts and allow guests to travel together in comfort.

With the last of the support towers now installed and the first series of cables threaded, we’re just about a year away from the first ride on the Disney Skyliner. Will you use the system if given the opportunity?