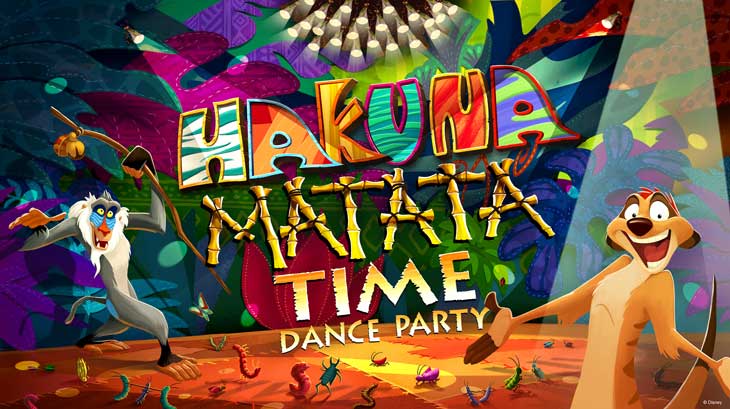 Disney’s Animal Kingdom recently underwent a big addition when Pandara – The World of Avatar opened. The park also added new entertainment options to Discovery Island, Africa, and Asia to help provide guests with more to do while waiting for those Flight of Passage fastpasses to activate. In 2019, Disney will add new entertainment in the park honoring the 25th Anniversary of Disney’s “The Lion King.”

Yep, it has been 25 years since Simba, Timon, Rafiki, and all the other characters from Walt Disney Pictures’ “The Lion King” first roared into our hearts. In 2019, guests at Disney’s Animal Kingdom will be invited to celebrate the classic animated film.

Beginning Jan. 18 and running through Sept. 30, guests will feel the love during the “Hakuna Matata Time Dance Party,” a raucous celebration where young adventurers will let their inner animals roam free on the dance floor. Timon and Rafiki will engage everyone in entertaining dances and games inspired by “The Lion King,” as wildly talented musicians provide the perfect soundtrack in a World Beat style.

Also from Jan. 18 to Sept. 30, guests will imagine themselves in scenes from the film via new three-dimensional photo opportunities at the park. These backdrops will allow guests to re-create iconic “Lion King” moments ideal for sharing on social media platforms.

Of course, in Harambe Village The Festival of The Lion King continues to be Disney’s most-loved stage show at Walt Disney World and Finding Nemo The Musical continues to entertainment guests across the park in the Theater in the Wild.

Other recently added offerings include the Rivers of Light nighttime show and various dance parties and musical acts throughout the park.

What sort of entertainment options are you most likely to enjoy while at Disney’s Animal Kingdom?