Higher. Further. Faster. That’s the call of Marvel Studios’ upcoming movie “Captain Marvel.” I’m not sure I’d technically call this an Easter Egg, since it is almost in plain sight, but there is a fun homage in the new poster. Released with the trailer, which debuted this morning, the poster will connect audiences with Carol Danver’s backstory and her super hero persona of Captain Marvel.

I love the poster and how it connects Carol Danver’s background as a fighter pilot with outer space. The suit looks amazing as does the Captain Marvel logo on the hanger doors. However, there’s one thing I don’t understand. Why is there a cat sauntering off the left side of the poster? I assume that’s an important plot point? Or was some illustrator at Marvel Studios just having some fun? 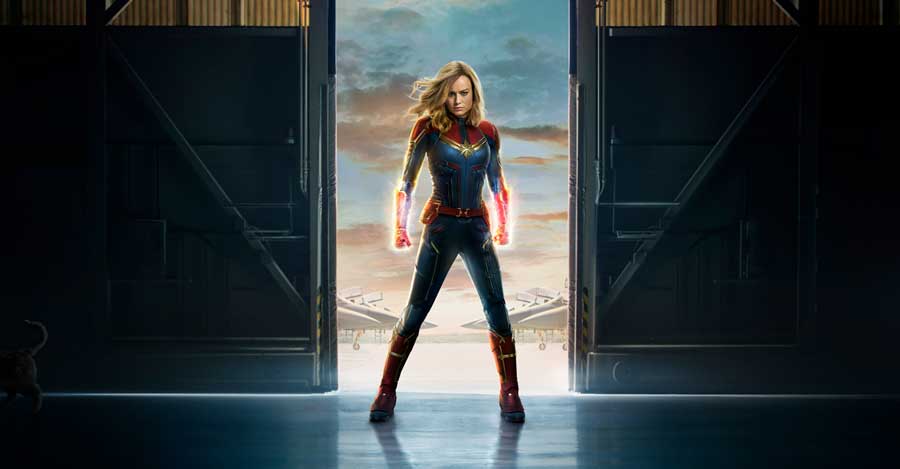 It turns out Carol Danvers has a cat named Chewie, named after Chewbacca from Star Wars (which was still just the original trilogy in the 1990s when the movie was set), who may play a role in the film. This should make fans of the comic book origins of the character happy. 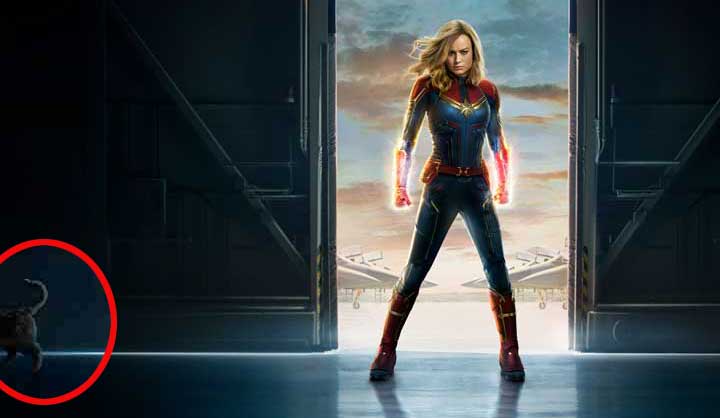 In the comics, Chewie usually hangs out in the background or in Danver’s lap. Sometimes it has a larger part of the plot too. Can’t wait to see what part the cat has in the movie.