She’s coming to save the Avengers, but first we have to travel back to the 1990s and find out who she is. Captain Marvel is one of the Marvel Cinematic Universe’s most powerful super heroes. Brie Larson plays Carol Danvers, a fighter pilot who becomes one of the universe’s most powerful heroes when Earth is caught in the middle of a galactic war between two alien race.

Good Morning America held a part at the Smithsonian Air & Space museum to celebrate the release of the trailer. You can watch it here right now:

If you couldn’t tell from the trailer, the Captain America is set in the 1990s, an era Marvel movies have yet to really explore. That means we get to see some of our favorite characters again, just younger. Agent Phil Coulson will return as well Director Nick Fury (back when he was fresh-eyed (two of them!) S.H.I.E.L.D. desk jockey.

We also know the big baddies of the film will likely be the Skrulls. Notorious shape-shifters, Talos, one of the Skrulls, takes on the earthly form of a S.H.I.E.L.D. agent (played by Ben Mendelsohn).

Based on the end-credit scene from “Avengers: Infinity War” we know that Captain Marvel will be called out of where ever she’s been hiding to help save the Avengers. 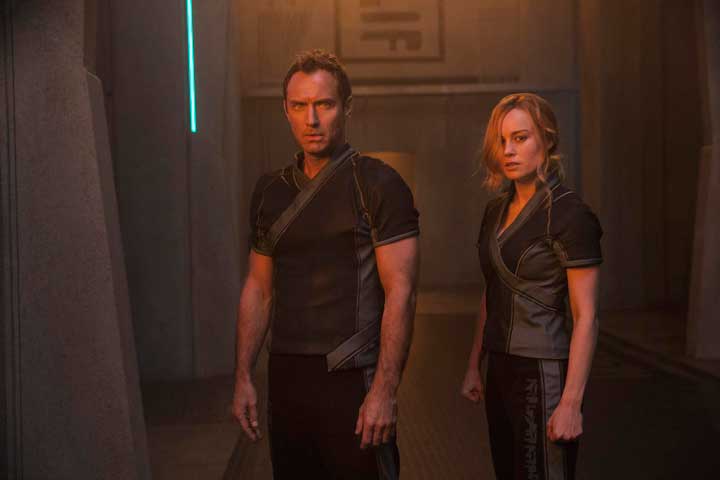