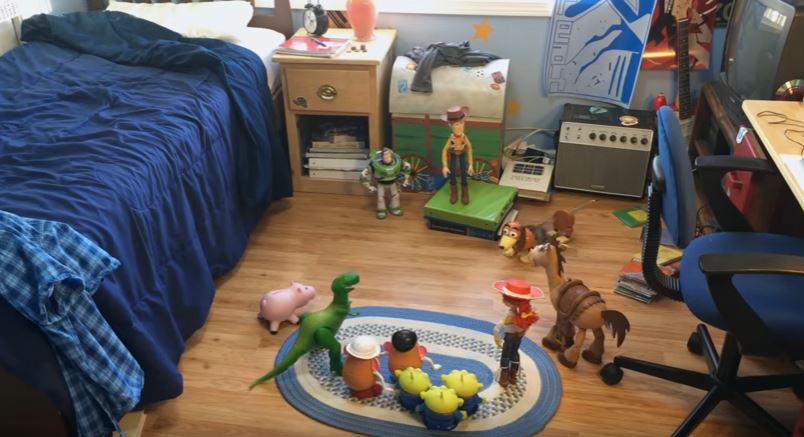 Using a combination of live-action and stop motion, two fans, brothers Morgan and Mason McGrew, have working on a shot-for-shot recreation of Pixar’s Toy Story 3. The project started in 2011 and, with the help of their family and friends, they built sets, borrowed props (like a garbage truck), and spent hundreds and hundreds of hours shooting stop motion footage.

“This project has been an incredible undertaking, and we’ve made the decision to have this complete by 2019. At this time, I’m not quite sure what a release will look like, but I do know that this has to be done by next year. We’re both pursuing college and full-time careers right now, and it’s time to wrap this side-project up.”

You can watch the first trailer for the film below!

We think it looks great! A faithful recreation made possible by a lot of Imagination and Disney’s propensity to make so many toys from the Toy Story franchise that you can actually create faces with different emotions.

The brothers were quite young when they started the project (around 11 and 14). You can track their progress on the project’s Facebook page.

We haven’t heard much about Pixar’s Toy Story 4, but it is still on the release calendar for June 21, 2019.