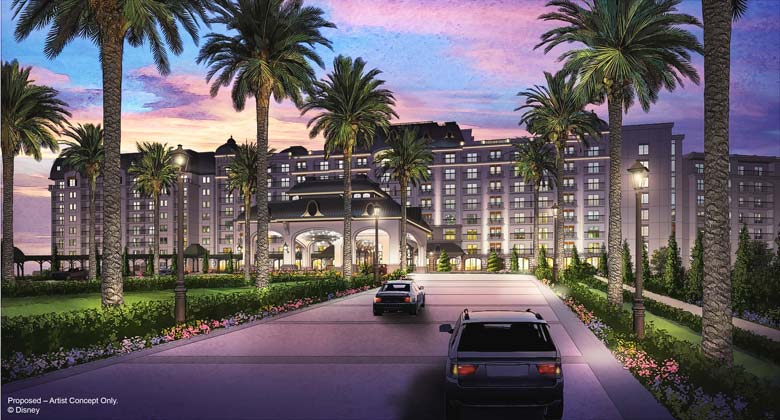 As Walt Disney World ramps up for its 50th anniversary in 2021, there is a big push to expand the number of hotel rooms available on property. With Star Wars: Galaxy’s Edge, big new attractions at EPCOT (Ratatouille, Guardians) and Magic Kingdom (TRON), and a bunch of new entertainment options, Disney World is projecting high attendance through at least 2023.

It’s an interesting observation that not one of the new hotels Walt Disney World currently has under construction fit neatly into the Value, Moderate, or Deluxe resort categories. Instead, Disney is moving away from classifying an entire resort under one level, rather offering various levels of rooms at each resort. The eventual goal is to get rid of value resorts all together by slowly remodeling them until they can offer nicer amenities, different room options, and unique attractions and therefore allow Disney to charge more for staying there.

Note: This post is an update of our prior roundup in May.

As we know Disney is currently in the middle of construction on two new hotel towers right now. Both the Coronado Springs tower building and Riviera DVC Resort are well on their way. The Riviera, of course, will be connected to EPCOT and Disney’s Hollywood Studios via the new Disney Skyliner gondola network making it an attractive option for DVC points owners.

Rumors have turned to which resort will be built next. The only hotel that has been announced is the Star Wars-themed hotel that will be added to Disney’s Hollywood Studios adjacent to Star Wars: Galaxy’s Edge. Construction on the 400 room phase one is expected to begin very shortly. Disney has to switch to the new toll booths for Hollywood Studios, so they can start horizontal work on the Star Wars hotel. 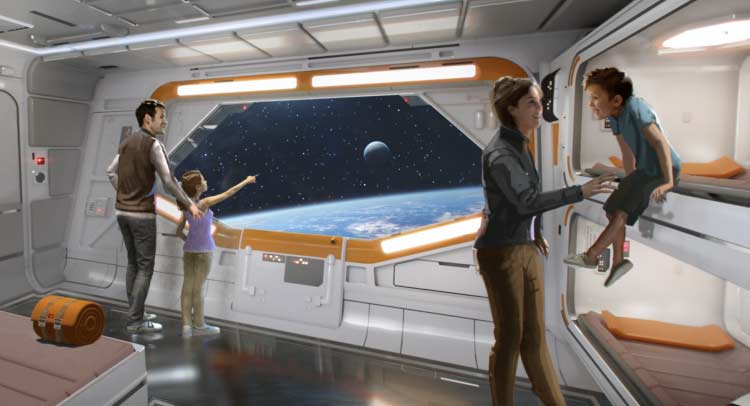 There has been some movement around a new DVC resort that is rumored to be coming to an area in Fort Wilderness near the old River Country location. A confirmation on the closure of Mickey’s Backyard BBQ makes it seem likely that Disney will begin working on moving around some of the buildings around the Pioneer Hall complex at Fort Wilderness to make way for construction of the new resort.

A recent rumor of a hotel at EPCOT’s main entrance is still hanging around. As Disney Imagineers look to rework EPCOT’s entrance and Communicore area, word is they might be considering something on a grand scale that would frame Spaceship Earth, which is the park’s big icon. The resort might even be located essentially above where the main entrance sits now. We’ve mocked up something that might look familiar. To be clear, no one has said Disney will build anything like the Grande Arche from La Defense in Paris, but the idea of framing Spaceship Earth beyond entrance is the same. 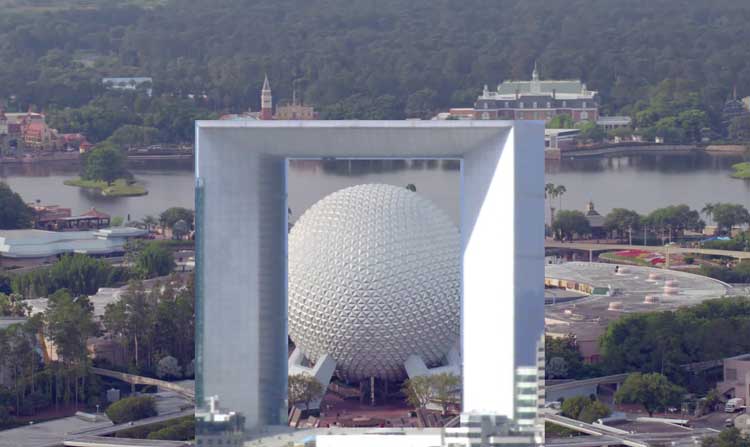 The other option is to sit off to the site between the bus loop and the backstage area behind the Seas with Nemo and Friends pavilion. Ultimately, any new resort at EPCOT’s entrance will have access to a monorail beam making it the first monorail resort to be added to Disney World since the Grand Floridian opened. 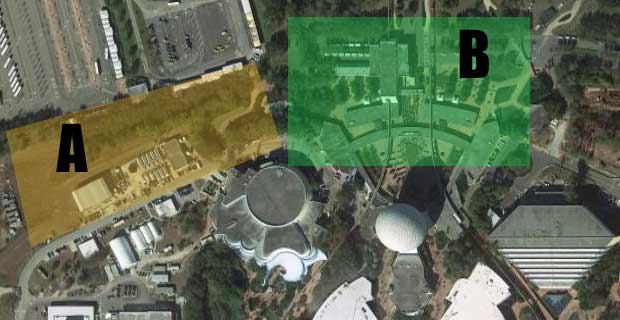 With the gondola network and monorail soon both part of EPCOT’s transportation options, the park will become something of a hub for Walt Disney World, which is very much like Walt Disney’s original vision for EPCOT Center. There’s talk that when Disney’s Imagineers finish their upgrade to the core of Future World and the main entrance, there will be many homages to Walt’s original vision, perhaps even a recreation of the original model for EPCOT Center. We’d love to see that.

Can the Contemporary Resort get even bigger? The answer is probably yes. I’ve heard that Disney number-crunchers think the convention hall space is under utilized and would rather direct groups to recently upgraded spaces at the Grand Floridian, The Yacht & Beach Club, or Coronado Springs (which is getting a new tower after all). This would let Disney save money by consolidating back of house support with existing facilities at the Contemporary. I score this rumor pretty high on the scale of possibilities.

There is also land available near the Caribbean Beach Resort Gondola Station for a potential new tower. We haven’t heard anything about a project there, but the property is just laying there saying, use me.

Based on Disney World’s desire to have as many guests stay on property as possible, they might do all the above. Who knows!

As for non-Disney hotels on property, it’s believed that a new hotel will be coming to the Swan & Dolphin Resort as concept art for the project leaked last year. We haven’t heard much about this project since news of it hit the internet. If we had to guess, the unimaginative project design was sent back to the drawing board. But we did read somewhere that the Tennis Courts at the Swan & Dolphin are scheduled to close soon, that would indicate construction is about to begin.

The Disney Springs hotels may be growing by one. When the Amateur Athletic Union (AAU) moves their headquarters to ESPN WWOS, that will clear up a piece of property that dates back to the earliest days of Walt Disney World. The building AAU currently occupies is the original preview center for Disney World and there’s room for a small tower there if Disney could find the right third party to build it. It’s also believed that Hilton will demolish and replace on or more of their Disney Springs resort locations in the next 5 years.

Disney likes to begin new projects right around the start of a new fiscal year, which for Disney starts October 1. If that’s the case way may hear very soon which, if any, of these projects is going forward.