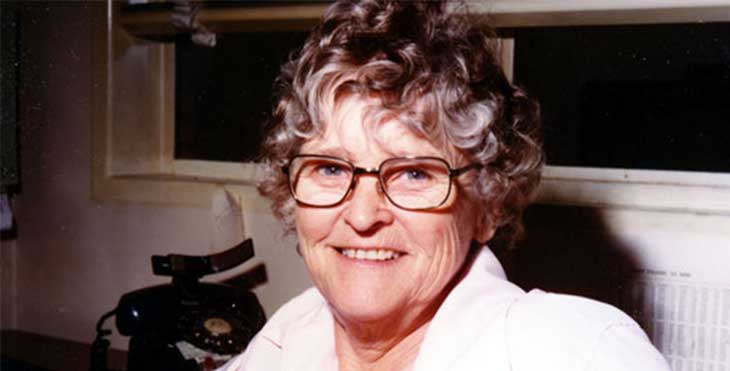 Ruthie Tompson knew Walt Disney at the beginning of his Los Angeles journey. She grew up on the same street where he lived in Hollywood while trying to grow his animation business with his brother Roy. Not too far away was the storefront that held the Disney Brothers studios. Walt often paid the local children a quarter or two to appear as extras in his films or to be in reference films he would later turn into animation.

At 108 years old, she’s one of the oldest people alive in the United States, and this probably makes Tompson the oldest person alive who knew Walt during those early days, certainly the oldest Disney animator.

At Walt’s urging Tompson went to art school to learn animation and eventually was hired to work at the studios in the animation department. She worked at the studios from 1935 to 1975 contributing to many of the films we now call classics.

These days Tompson is living in the Motion Picture and Television Fund retirement home. She became a Disney Legend in 2000 and was honored by the Academy of Motion Picture Arts and Sciences in 2017. Here’s a fun profile from the MPTfund a few years ago:

Entertainment Weekly has a new profile on Ruthie Tompson, who turned 108 in June where she shares her memories of Walt and her secret to long life.