‘Paint the Night’ parade to be livestreamed from Disney California Adventure 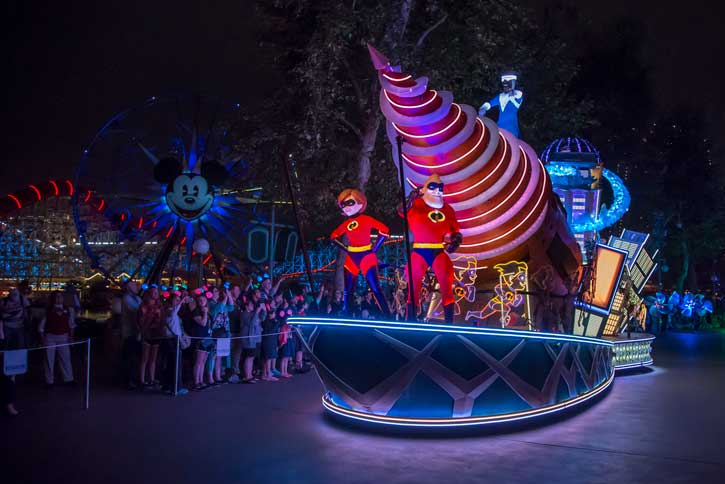 The beautiful “Paint The Night” Parade is back at the Disneyland Resort, this time navigating the parade corridor of Disney California Adventure as part of Pixar Fest. It features more than 1 million brilliant lights, high-energy music, and special lighting effects that create one of Disney’s most dazzling night time parades.

It really is one of the more crowd-pleasing night time parades to grace the Disneyland Resort. The addition of the Incredibles 2 float makes it that much better.

If you haven’t been able to make it to Anaheim, the Disney Parks team has you back. They’ll be livestreaming “Paint the Night” on Wednesday night, July 25, at 8:50 PT (11:50 ET) on the Disney Parks blog.

Update — Watch the live-stream here (if everything goes as planned):

Now we need to get a night time parade back at Walt Disney World’s Magic Kingdom. Insiders tell us the park wants to do something, but so far no budget has been set. I guess that means don’t get your hopes up.

If you want to see “Paint the Night” in person, get to DCA before September 3rd when Pixar Fest ends.