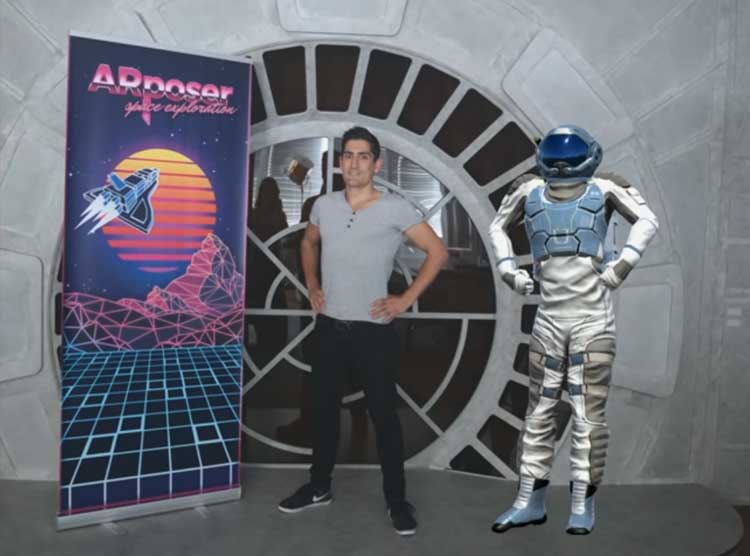 Disney Imagineering’s research division is actively working with brilliant student groups around the world. It’s a big part of their recruitment program and occasionally creates something that could make its way into the parks or resorts in a few years. A new project from the Disney Research team at ETH Zurich has come up with a very useful augmented reality tool that has immediate applications at Disney’s parks and resorts.

I could definitely see this coming to a Disney photopass service at your favorite Disney theme park. You could take a fun posed photo in front of the castle and then have the rest of the fab five join you in your unique pose. If you wanted to you could transform the guest into the Disney character too.

The augmented reality bit means it fits in naturally to the background chosen in the photo. I really like the one in the video that hints of something with a Star Wars feel. Perhaps coming to Star Wars: Galaxy’s Edge next year?

The project needs a bit more art direction to match Disney’s quality standards and character models, but I would totally love to have something like this in the parks to make those AR character photos that much more special.