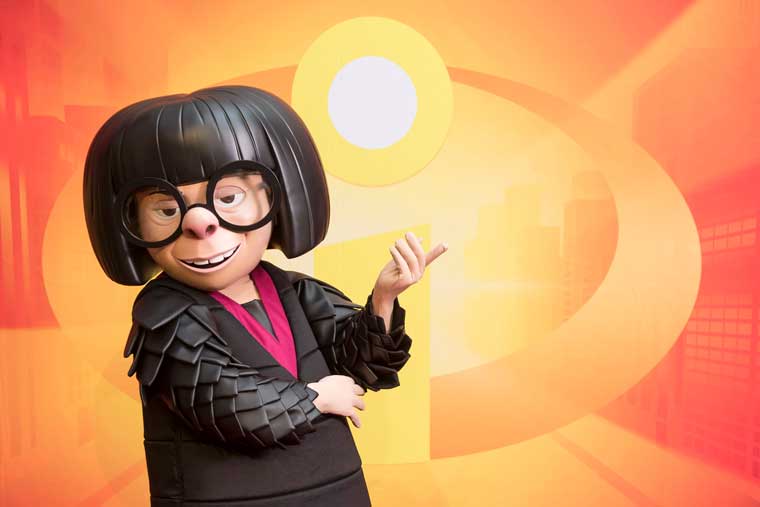 If you want some advice on what to wear for your super suit, head to Pixar Pier were the designer to super hero celebrities will be available for photos and autographs. The meet and greet will open just in time opening of Pixar’s “Incredibles 2” on June 15.

Pixar Pier is part of a remade section of Disney California Adventure. Edna will also be joining the final scene of the land’s relaunched roller coaster – the Incredicoaster when it it opens June 23rd.

Edna will also put in an appearance at Walt Disney World’s Magic Kingdom beginning this weekend as part of the Incredible Summer promotion. Head to the Incredible Tomorrowland Expo to party with characters from “The Incredibles” including the queen of super hero costumes herself. 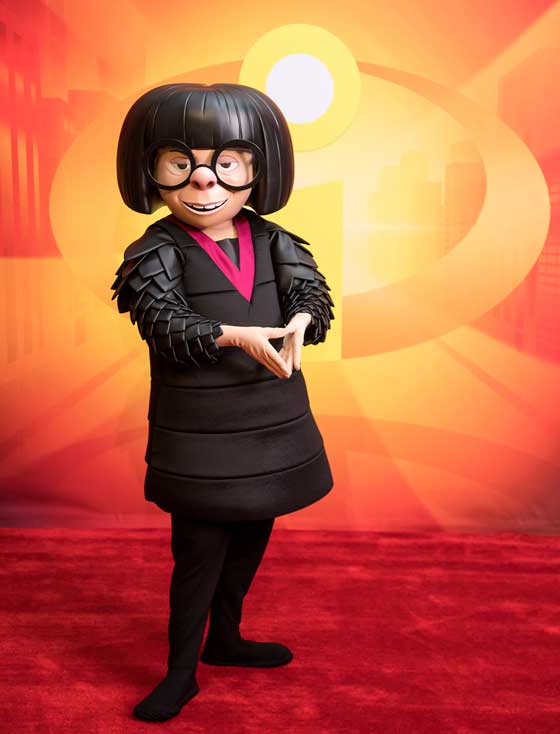 Edna Mode, the iconic super suit designer from “The Incredibles” prides herself on crafting super suits that are both functional and fabulous. Just don’t show up with a cape (looking at you Lando Calrissian), right?