Star Wars: Galaxy’s Edge is the largest ever single-land expansion at Disneyland and a near duplicate is also under construction at Disney’s Hollywood Studios. Today Disney Parks confirmed the opening timeline for both expansions, which should help guests starting planning now for which park they plan to visit first.

Out at Disneyland, where the construction got started first, Galaxy’s Edge will open in Summer 2019. That can often mean as early as Memorial Day weekend. Just think a year from now, guests could be walking on the planet Batuu, encountering the First Order, and joining the Resistance as a pilot of the Millennium Falcon. 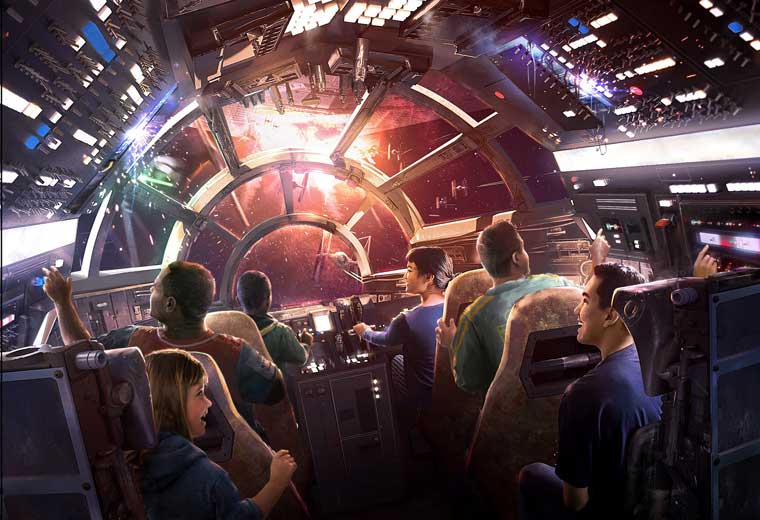 Over at Disney’s Hollywood Studios, the construction started later so its opening date is set for late fall 2019. It’s interesting that they’re specifying late fall. That means I wouldn’t plan for September or October, but more likely a holiday time opening for Galaxy’s Edge at Walt Disney World.

Dates are not firm. So make sure any plans you make are flexible enough to change if Disney has to push back a date or, unlikely but possible, move it forward.

From the previews of the land we’ve seen so far, we’re expecting a world that totally immerses the guest in the stories of Star Wars. You won’t see traditional name badges on the cast members here, they’ll look like citizens of the planet Batuu, members of the First Order, or members of the resistance. Stores won’t sell Disney souvenirs, but rather items that would feel at home in the Star Wars galaxy. Food is expected to be out of this world too, think blue milk.

Are you excited to visit Star Wars: Galaxy’s Edge and start creating your own Star Wars stories?