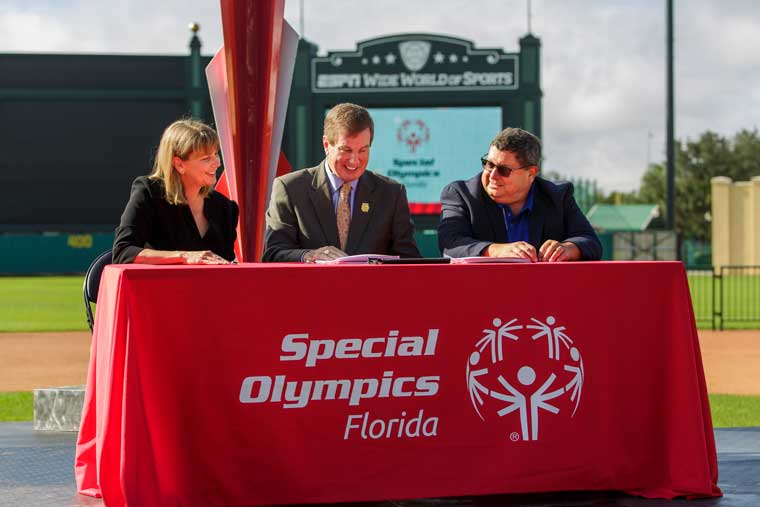 There’s been some talk locally that Orlando should be bidding for more big sporting events as we have many facilities already constructed to support an event like the Olympics. While it’s unlikely the USA will get another Summer Olympics for at least a few decades after Los Angeles hosts in 2028, but we just learned that Orlando will host the 2022 Special Olympics USA Games.

Special Olympics North America and Special Olympics Florida just announced that the Special Olympics USA Games will take place June 5 through June 10, 2022 and will bring together more than 4,000 elite athletes, 10,000 volunteers, 1,500 coaches, and 75,000 fans from all 50 states and the District of Columbia to participate in one of the world’s most cherished sporting events.

Special Olympics North America awarded the 2022 Games to Orlando because Central Florida has long been known as a welcoming destination for families and boasts some of the world’s most famed attractions, including world-class experiences and sporting venues. Beyond that, Florida is renowned for its hospitality, making it the ideal location for the 2022 Special Olympics USA Games.

The event will mark the largest humanitarian event in Florida’s history and will also celebrate the 50th anniversary of Special Olympics Florida.

The 2022 Special Olympics USA Games will be held at various venues throughout Central Florida, including the YMCA of Central Florida Aquatic Center in Orlando, the U.S. Tennis Association National Campus in Lake Nona.

It’s a little odd that the signing ceremony was at ESPN Wide World of Sports Complex, but the announcement didn’t mention if any events would be held there. I wonder if that’s an oversight.