Space-themed restaurant at EPCOT finds a home in Future World

Back in July at the D23 Expo, Disney World leadership revealed that a new Space restaurant would be coming to EPCOT, expanding the Mission: Space Pavilion. Concept art revealed a giant dining room with huge windows that looked out into space as if guests had been transported to the heavens above for their meal.

The idea of a floating platform looking down on earth goes back to the early days of Disneyland when guests could visit Space Station X-1 in Tomorrowland and peer down upon Earth from orbit around the planet.

Disney has just release a new detail confirming the location of the Space-themed restaurant at EPCOT. It will be constructed in an area previously off-limits to guests between the Mission: Space and Test Track attractions. There is certainly room there, you could fit a second Mission: Space showbuilding back there if you wanted. 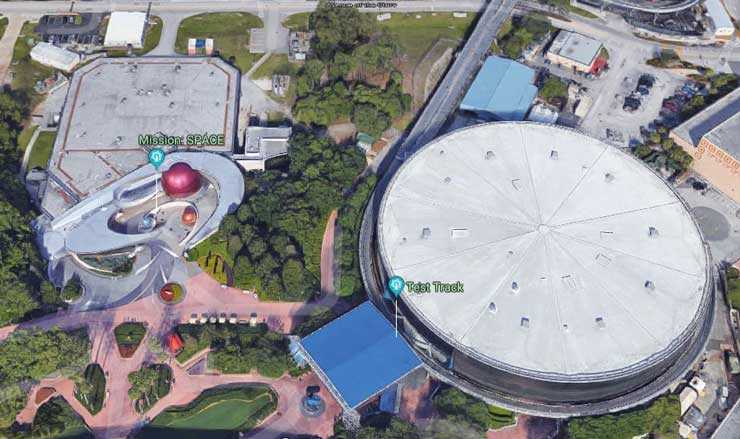 “We know our guests love dining at Epcot – and the restaurants really are out of this world,” said Imagineer Tom Fitzgerald at D23 Expo. “Now we’re about to create one that takes that literally.”

The Patina Restaurant Group, led by Nick Valenti, is lined up to provide the food and dining service. I’m happy to hear that as some of their other Walt Disney World locations, including Via Napoli, Morimoto Asia, and Maria & Enzo’s Ristorante, are among my favorites.

We expect to learn more about the Space-themed restaurant in the coming months. In the meantime we’re ready to suit up for some out of this world flavors.

Previously: Disney announces Guardians of the Galaxy concert at EPCOT this summer.