This is a minor spoiler for “Avengers: Infinity War” but even though the movie is packed with more than 20 of your favorite super heroes, there are a few who are conspicuously noticeable in their absence. One of those is Scott Lang, aka Ant-Man. His character bumbled into being a key part of the big battle in “Captain America: Civil War,” but for reasons mentioned in Infinity War, is on the sidelines… or is he?

The new trailer for “Ant-Man and the Wasp” gives us our first hint that the movie shows what the two super heroes were doing during the events of Infinity War.

Yesterday, Marvel Studios shared this funny teaser trailer with the stars of Avengers: Infinity War wondering exactly where were Ant-Man and the Wasp? 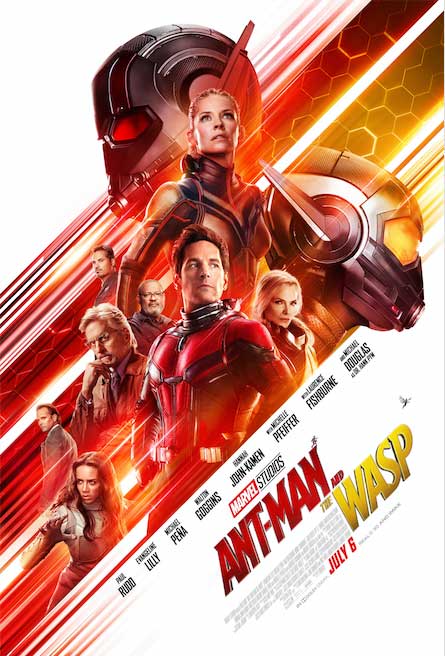 From the Marvel Cinematic Universe comes “Ant Man and The Wasp,” a new chapter featuring heroes with the astonishing ability to shrink. In the aftermath of “Captain America: Civil War,” Scott Lang grapples with the consequences of his choices as both a Super Hero and a father. As he struggles to rebalance his home life with his responsibilities as Ant-Man, he’s confronted by Hope van Dyne and Dr. Hank Pym with an urgent new mission. Scott must once again put on the suit and learn to fight alongside The Wasp as the team works together to uncover secrets from the past.

Marvel Studios’ “Ant-man and the Wasp” opens in U.S. theaters on July 6.