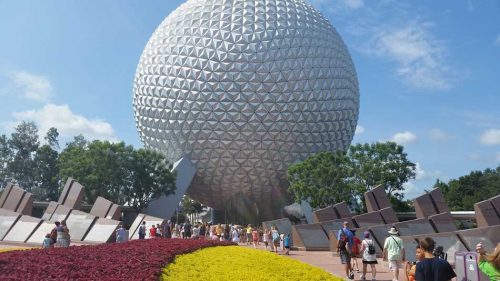 Earth Day is almost here and we’re getting ready to celebrate the 20th Anniversary of Disney’s Animal Kingdom. When you visit Animal Kingdom, you can’t help but feel a part of nature and understand the importance of conserving it for future generations. Conservation of energy is an important part of environmental stewardship and Walt Disney World takes its part seriously.

According to Disney, the solar farm will include a half million solar panels. By switching to solar power, it will reduce Disney’s greenhouse gas emissions by more than 57,000 tons per year. That’s equal to taking 9,300 automobiles off the roads.

The Walt Disney Company has a larger effort to reduce it’s total greenhouse gas emissions by 50% compared to 2012 by 2020. This solar facility will help Walt Disney World meet its goals.

Construction will begin shortly on a site near Disney’s Animal Kingdom. 270-acres is a big project. That’s a few acres larger than the entire Disneyland Resort (theme parks and hotels). The existing EPCOT solar farm is 20-acres in comparison.

There’s another element to the solar farm that involves making it tie-in to nature conservation. As such, the facility will have wildflowers and other vegetation that will make the facility friendly for butterflies, bees, and other insects. Creating a habitat for these species, some of which are endangered, aligns with the Disney Conservation Fund’s “reverse the decline” initiative, which has a goal of reversing the decline of 10 threatened species, including butterflies.

Does Disney World’s growing use of green solar energy make you feel better about traveling to the resort in the future?

previousNew Solo: A Star Wars Story ‘Risk’ trailer is packed with action
nextDisney Channel Go! Fan Fest kicks off summer of fun at Disneyland on May 12