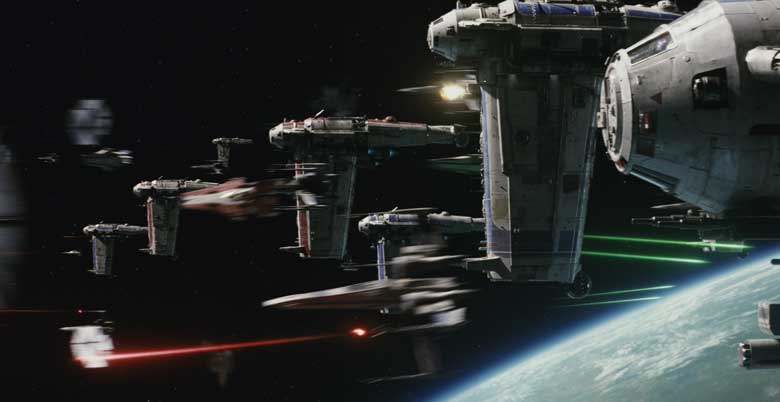 Star Wars: The Last Jedi is still out in theaters bringing in a few million here and there with a worldwide box office that is now north of $1.33 billion. The talents of thousands of people go into making a movie like The Last Jedi, which looks deceptively simple at times, but even a simple shot can have multiple layers of visual effects in it.

Thanks to the talented folks at Industrial Light and Magic, the effects wizards behind much of the magic in every Star Wars movie, we now get to pull back the curtain on the production and see how they made the magic. You can see why the work on The Last Jedi was nominated for an Academy Award for Visual Effects.

ILMvisualFX team has released a series of videos that shows just how layered and impressive a feat certain scenes in The Last Jedi were:

That motion capture performance by Andy Serkis as Snoke was fantastic. It was interesting to see that they also had an actor on stage, and a dummy, to act as a placeholder for filmmakers and actors as they shot each scene.

You can download or pick up a blu-ray DVD copy of Star Wars: The Last Jedi later this month. Here are the details:

Director Rian Johnson takes fans on an intimate journey into the creation of Star Wars: The Last Jedi in a feature-length documentary, explaining his unique interpretation of the Force, detailing the painstaking process of creating Snoke, and deconstructing action-packed scenes from the film such as the epic space battle and the final confrontation. Johnson also reveals two exclusive scenes, featuring Andy Serkis as Snoke prior to his digital makeover, as well as 14 never-before-seen deleted scenes, in addition to his audio commentary.

I still want to run off and get a job at ILM. I’ll sweep the floors if I have to.

Will you be purchasing a copy of Star Wars: The Last Jedi for your at-home collection?