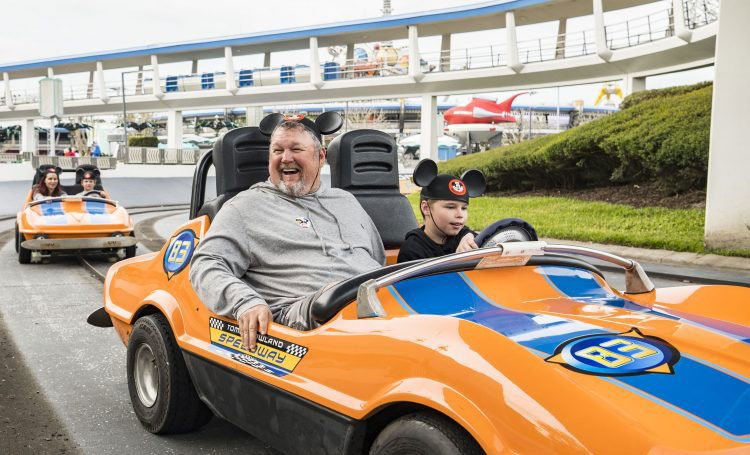 Celebrities in Autopia cars is a classic trope in used to promote Disney’s theme parks since Disneyland opened way back in 1955. Put Larry The Cable Guy, voice of Tow Mater – the tow truck from Pixar’s Cars films, in one and you have a classic Disney moment. Here he is putting the pedal to the metal on the Tomorrowland Speedway with one of his kids:

Larry the Cable Guy is a character of comedian Daniel Lawrence Whitney. Whitney was born in Nebraska, but spent a lot of his younger days in the Central Florida region and is a frequently visitor to the parks. He brought his family to Walt Disney World for a vacation last week.

Whitney also was one of the 52 sports stars and celebrities to participate in last weekend’s Diamond Resorts International golf tournament at Pro-Am tournament at the Tranquilo Golf Club at the Walt Disney World Resort.

That’s the way to Git-R-Done, Larry!