As an opening day attraction, the Disneyland Railroad is a key part of the story of Disneyland and all its magic. The route takes guests on a scenic tour around the Magic Kingdom on an authentic steam-powered train.

In 2017 the attraction re-opened with an adjusted route around the park that includes the railroad’s first eve left turn. The new magic includes travel across the rocks on a trestle that extends out into the Rivers of America and a view of the remade Tom Sawyer Island.

Along the tour, guests enjoy picturesque scenery and breathtaking views, and it’s the ideal place to admire the landscapes inspired by four of America’s majestic rivers–the Mississippi, the Columbia, the Missouri and the Rio Grande. Or guests can travel back in time through Walt Disney’s legendary Dioramas of the Grand Canyon and Primeval World, which were carefully restored to their original splendor in 2017, with some new magic added to both. 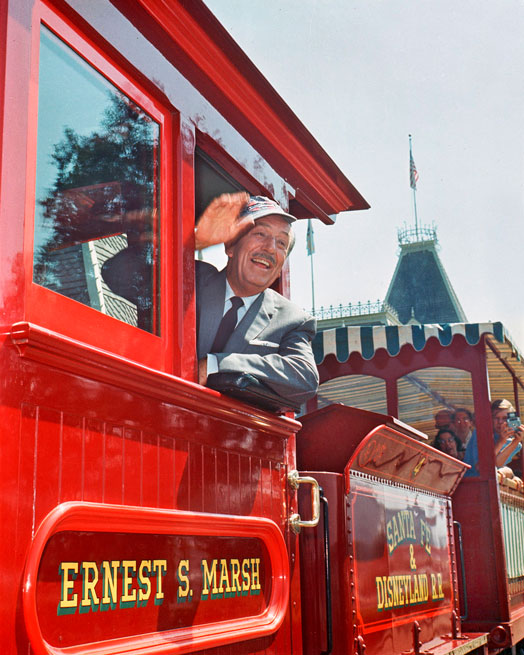 Don’t miss these Fun Facts about the Disneyland Railroad