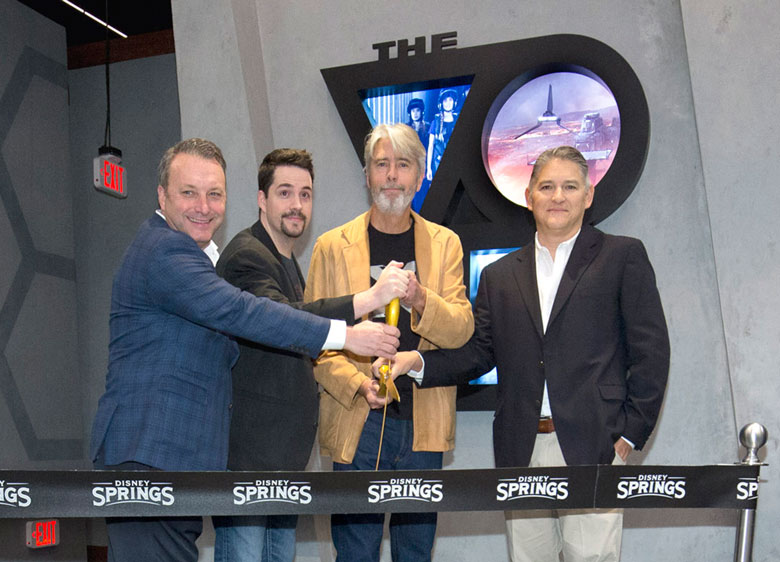 It’s official you can now join in the rebellion as part of Star Wars: Secrets of the Empire hyper-reality experiene at Disney Springs. Brought to you by The Void and Luxasfilm’s ILMxLAB, the experience transports you deep into the beloved Star Wars universe where you can walk freely and untethered throughout the multi-sensory experience with friends and family.

While wearing special hyper-reality headgear, you participate in groups of four and go undercover as Stormtroopers to capture Imperial intelligence vital to the budding rebellion’s survival. The attraction includes physical sets combined with real-time 360-degree interactive effects to put you right in the action of the Star Wars Galaxy.

This technology grew out of the Disney Accelerator program in the summer of 2017. The same company already has similar experiences (like Ghostbusters) in locations like New York, Toronto, and Dubai. The Anaheim Downtown Disney location is schedule to open on January 5

The experience officially opened last month in Disney Springs. You can walk-up and sign up for a time, visit their website, or download their app and make a reservation before you arrive. Cost is $30 an experience and guests must be at least 10 years of age and meet a minimum height of 48″.