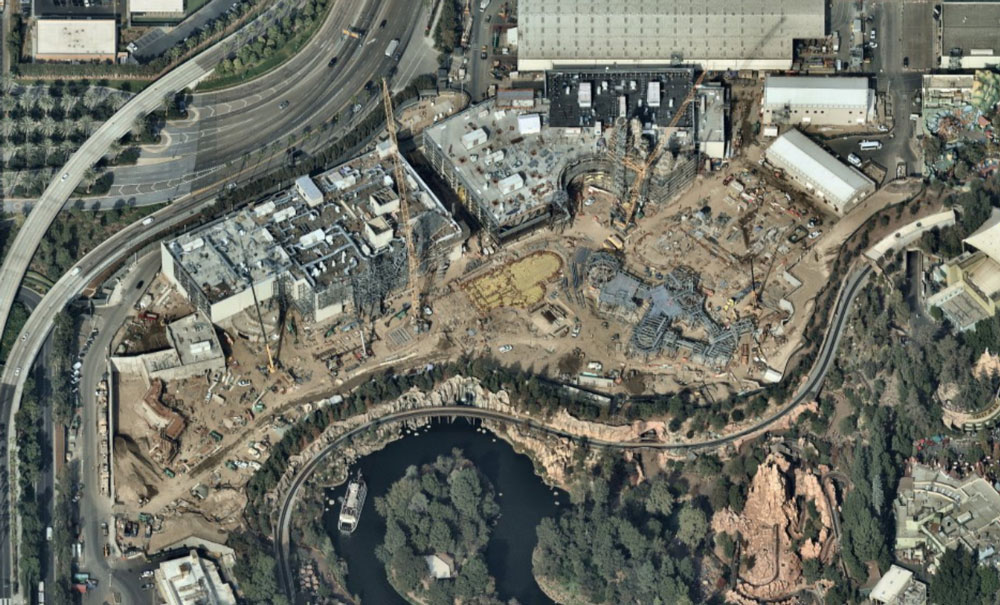 Thanks to the fine folks at Nearmap we have a terrific look at the construction at Star Wars: Galaxy’s Edge in Disneyland, CA toward the end of November 2017. In the land’s two main attractions you will be able to fly the Millennium Falcon or face down the First Order in an epic battle. A lot of the experience will be just exploring the outer rim trading outpost on the planet Batuu.

This slider shows the changes from before construction started to now:

In November Nearmap also launched Nearmap Panorama and Nearmap Oblique, which delivers uninterrupted panoramas in high-resolution, aerial imagery from the cloud. The goal is to help you visualize, navigate and measure sites in a 3-D perspective in all cardinal directions for small or large areas without having to jump from one image to another. We’ve put some of those images in this gallery below (click to embiggen each image). 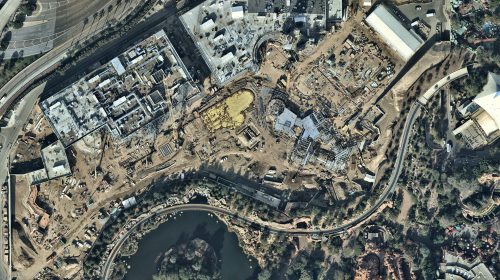 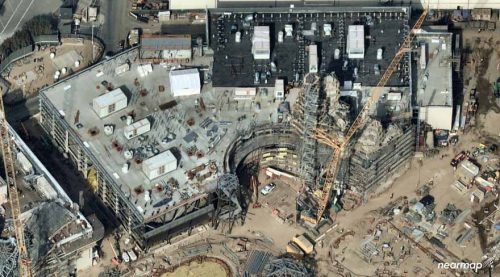 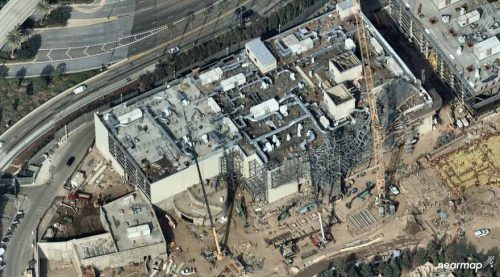 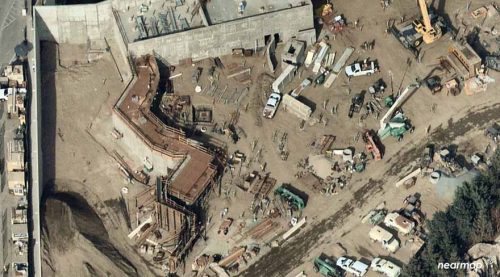 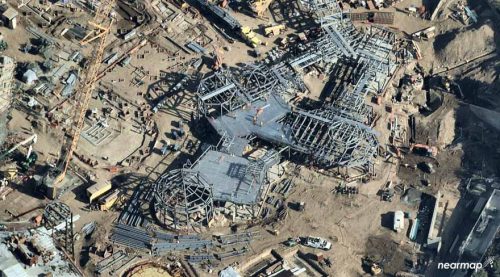 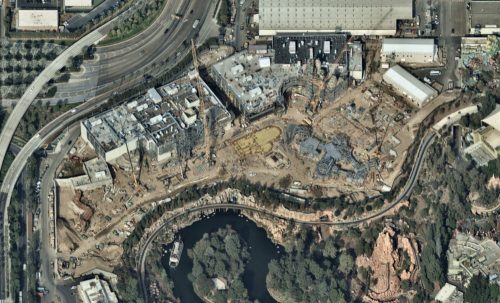 Another overview shot from Nearnap For reference points, here is an overhead look and a a fly through video of the model for Star Wars: Galaxy’s Edge as it will be constructed at Disneyland.

As you can see from these aerial images, there is still a considerable amount of work to finish before the land opens in 2019. Some outbuildings are still just foundations while other buildings Disney’s teams of imagineers are already beginning to add the faux rock cliffs that will hide the two main show buildings. If you look to the right of the land you can also see the expansion pad for a potential third attraction at some point in the future.

Imagineers have been promising a land that is more immersive than any other in the company’s history where guests will have a chance to actually be on a Star Wars world.

Are you looking forward to your first chance to explore the Star Wars themed land in 2019? Lightspeed to Batuu, I say.