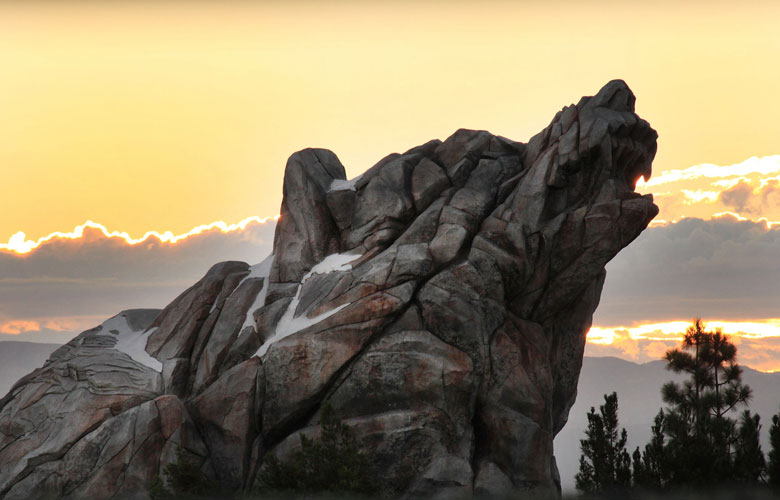 In an oft-forgotten (yet rather large) corner of Disney California Adventure’s Grizzly Peak is the Redwood Creek Challenge Trail… for now. Home to ziplines, rope bridges, and the infamous Kenai’s Spirit Cave, the Trail is an elaborate playground with impressive attention to detail.

While not nearly as publicized as the upcoming closures of several Paradise Pier attractions to make way for Pixar Pier, the Trail as well as Grizzly River Run will also be closing for extended refurbishment in early January, temporarily bringing the number of running attractions in Grizzly Peak down to a whopping one. Maybe Disney’s just doing this to save money during the off-season, but these closures along with the Paradise Pier ones are going to leave a significant portion of the park out of commission for quite a while, possibly even during the Spring Break rush.

Paradise Pier becoming Pixar Pier will be worth enduring extended closures in the long run since the change will bring more familiar Disney characters to the land, but aside from saving money, what would be the advantage of closing a majority of Grizzly Peak’s attractions indefinitely too if it’s going to affect crowds in the rest of the park?

It could be that they are looking to spice things up for Grizzly Peak by adding more I.P.s to this land as well. It isn’t home to many at the moment, and its impressive theming could surely accommodate more properties than just Brother Bear and Up. One in particular that comes to mind is Gravity Falls.

It’s a fan favorite, and prime dark ride material. I can easily picture a Mystic Manor-esque attraction where guests take a tour of the Mystery Shack in all of its kitschy glory, only to have it taken over by supernatural forces, Dipper and Mabel save the day, etc.

California Adventure needs more dark rides as it is, and the addition of a trackless one with mysterious imagery, characters, and humor that appeal to both kids and adults, has a lot of potential. Dare I say, even more potential than a glorified playground.

While the Redwood Creek Challenge Trail is mainly intended for kids, so is Disneyland in general, so that didn’t stop us from visiting one last time before its indefinite hiatus.

What would you like to see different at Redwood Creek Challenge Trail? Keep it mostly the same or replace it with a new attraction?