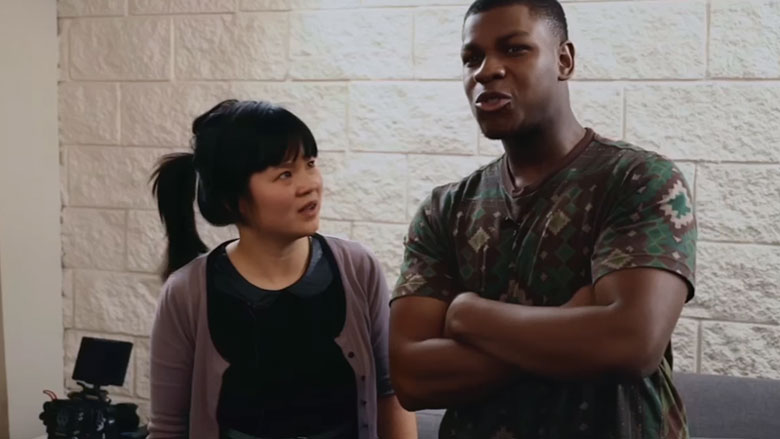 Although she’s a new character to the Star Wars galaxy, Rose Tico plays a key role for ensuring the survival of the Resistance, not to mention Finn. Rose is played by actress Kelly Marie Tran and her sense of wonder at being a part of the Star Wars legacy has made her an early fan favorite.

Star Wars has released a new video that captures the early moments as she visits Lucasfilm to audition and eventually secure her place in the film. Along the way she has meet Tran, learn more about Rose as a character, and see the screen test where Director Rian Johnson assesses if she and John Boyega will have the right on-screen chemistry.

We love seeing these behind-the-scenes moments. They’re fascinating and really add to our appreciation of the film and the craft it takes to bring Star Wars to the big screen. We can’t wait to see what becomes of her character in Episode IX.

Star Wars: The Last Jedi continues to be first at the box office rolling on a path to pass $600M worldwide today and likely will end above $700M before the weekend is over.

Will you be seeing Star Wars: The Last Jedi this holiday weekend?