What happened to Walt’s plane from Disney’s Hollywood Studios 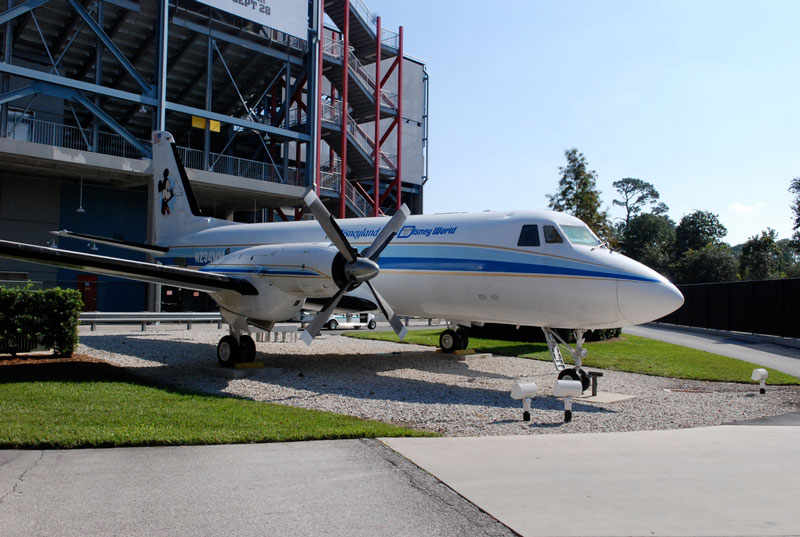 A rare piece of Disney history is at risk of being scrapped according to multiple sources. The twin prop airplane Walt Disney used to scout locations in Central Florida while developing his ideas for Walt Disney World, then known only as The Florida Project, and later used to shuttle executives and imagineers back and forth between Burbank and Orlando, was once located on the ‘backlot’ of Disney’s Hollywood Studios. You probably saw it parked beside “Catastrophe Canyon” or behind the “Lights, Motors, Action” stadium while you were on the Backlot Tour.

Alas, progress comes for us all. In this case Star Wars: Galaxy’s Edge construction is now going on right where the plane was formerly located. Before the plane was moved, I had heard that Disney planed to find another home for it somewhere at Walt Disney World or, perhaps, transfer it into the care of the Disney Archives in Burbank.

Unfortunately we’re hearing reports that the plane, known as November 234 Mickey Mouse, was severely damaged, perhaps even crushed, while it was being moved to a backstage location elsewhere on property. The plane itself was already little more than a shell with its engines, mechanical parts, and most of the interior already removed to make it show ready on the backlot tour.

There had been efforts by Disney to get the plane ready for transport to a new home on the West Coast (either at the original Burbank studios location, a newer location near Valencia, or at the vintage Grand Central Airport terminal in Glenda, which is now part of Disney’s complex in the area), but that money was never allocated in the budget and the plane has been neglected since then.

There is also questionable value to this particular plane. It was one of dozens of the same make and model and as little more than a prop on the tour, was not considered to be of significant value to Disney historians or desired by the Studio archives.

That may be true, but I am fairly sure there are some Disney fans out there that would have loved a chance to restore and honor this unique part of Walt Disney World’s legacy. Disneyana collectors once bought a used WDW monorail and John Stamos famously owns the Disneyland letters from the old sign. There’s no reason to think Walt’s plane doesn’t deserve the same treatment.

Disney World management team, we have a request, please produce proof of the condition and location of Walt’s plane so we know if we fans need to mount a GoFundMe campaign or something to pay for its continued survival and a place in Disney history.