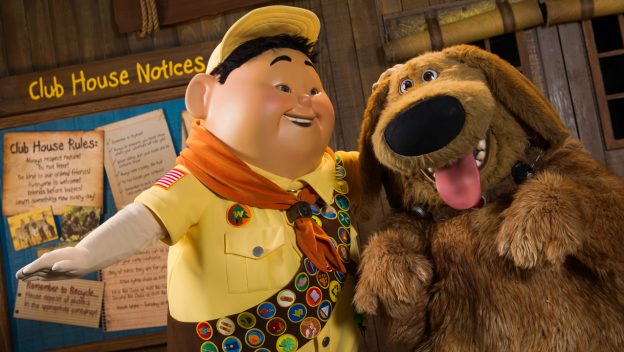 Your visit to Disney’s Animal Kingdom is meant to be an adventure through nature as only Disney’s creative geniuses can provide. In the animated world, Pixar created their own team of nature explorers in the movie “Up.” Now Russell and Dug from that movie will star in their own all-new show coming to the park.

This new experience will feature Senior Wilderness Explorer Russell and Dug the Dog as they discover species of birds from around the world including some “Up”-close encounters.

This means the long running Flights of Wonder up close animal experience will be closing at Disney’s Animal Kingdom. If you want to say your final goodbyes, the last day to see this show is December 31, 2017.

The Caravan Theater itself recently went through a major remodel, so it will be ready for this new show when it opens in Spring of 2018. 2018 is also the 20th Anniversary of Disney’s Animal Kingdom, so I expect we’ll be hearing more announcements about the park soon.