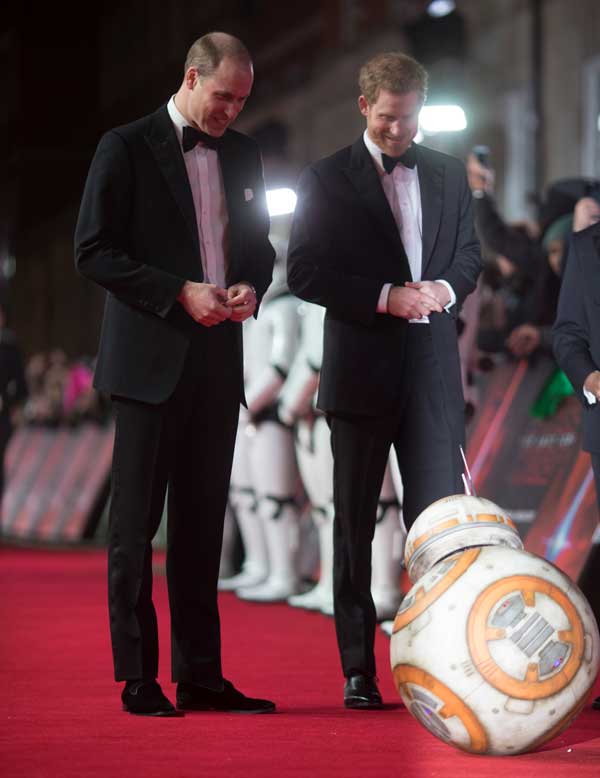 Star Wars royalty met actual Royalty as the Duke of Cambridge and Prince Harry attended the Royal Premiere of Star Wars: The Last Jedi in London this week. Fresh off a huge gala premiere in Hollywood, much of the cast and production team for the 8th episode in the Star Wars saga of trilogies made their way across the pond for another big event.

The Duke of Cambridge and Prince Harry attended the Royal Premiere and as the event benefited The Royal Foundation of The Duke and Duchess of Cambridge and Prince Harry. The Royal Foundation invited more than 400 young people, military veterans and volunteers who have taken part in its programs to join Their Royal Highnesses at the premiere. The premiere was an opportunity to recognize and celebrate people who have worked so hard to change their lives and the lives of others. 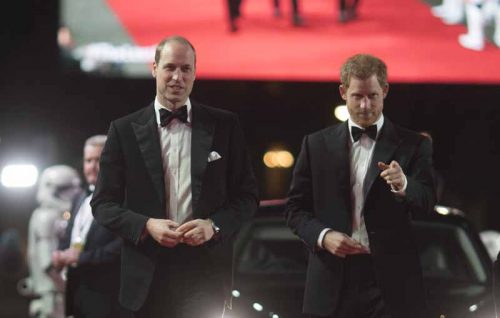 Looking more like James Bond than a pair of princes, the Royals arrive in style 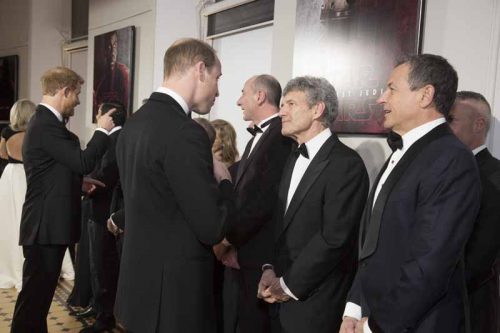 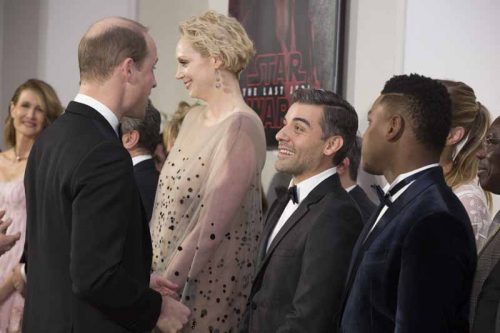 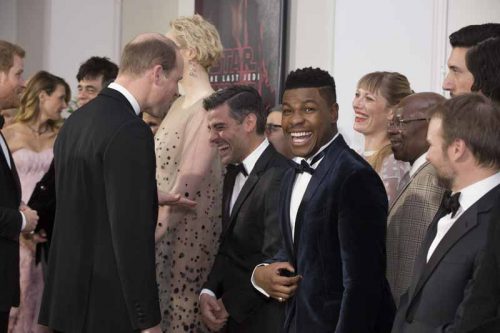 Will they ever share this joke that made them laugh so hard? 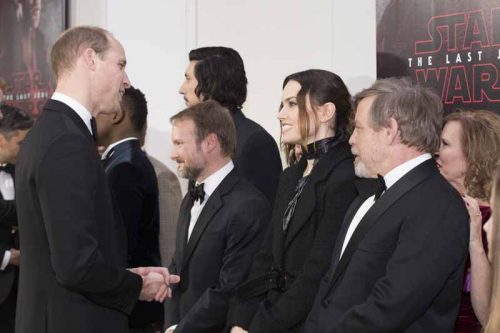 Photo caption info: HRH Duke of Cambridge and HRH Prince Harry meet the cast, filmmakers and The Walt Disney Company executives at the European Premiere of Star Wars: The Last Jedi at the Royal Albert Hall in London, UK on Tuesday 12th December 2017. 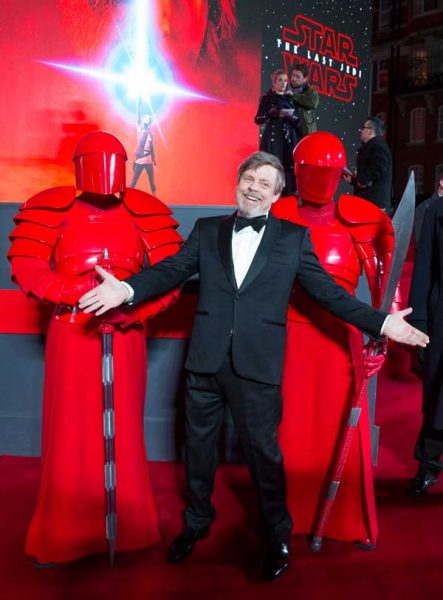 Looks like Mark Hamill was having a lot of fun as he attended the European Premiere of Star Wars: The Last Jedi in the presence of HRH Duke of Cambridge and HRH Prince Harry at the Royal Albert Hall in London, UK on Tuesday 12th December 2017