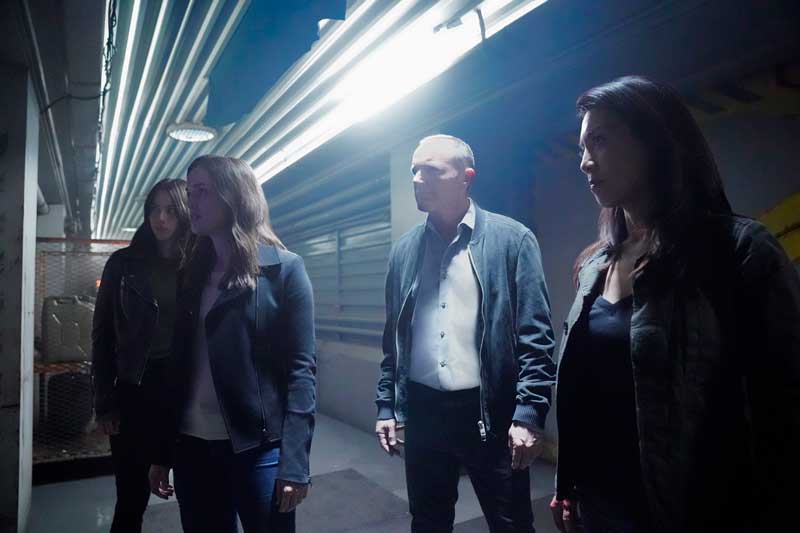 Season 5 of Marvel’s Agents of SHIELD debuts on ABC this week. As you may have heard Coulson and the team find themselves stranded on a mysterious ship in outer space. Which is an odd way to start a season, except that’s exactly where the last season ended. The two episode premiere is called “Orientation.”

When we ended last season Agent Coulson and the team escaped LMD Aida’s Framework and awakened in the real world. Little did they know that Aida was now fully human – and with multiple Inhuman abilities – with the dangerous notion that, with Fitz by her side, she could change the world. After defeating her with the aid of Ghost Rider, the team went out for a celebration but were interrupted by a mysterious man who rendered them frozen. The next thing we see is Coulson onboard a ship … in space.

Coulson will discover that some, but not all, of his S.H.I.E.L.D. colleagues were taken with him and placed onboard the ship. As they come in contact with some of the vessel’s inhabitants, it becomes abundantly clear that something has gone terribly awry, and the team will need to figure out their role and delve deeper into this nightmarish mystery to try to right what has gone incredibly wrong.

Alright that has a bit of a Doctor Who feel, complete with the creepy space creature. Which isn’t that bad.

Catch the action-packed two-hour season premiere this Friday, December 1 at 8/7c on ABC.