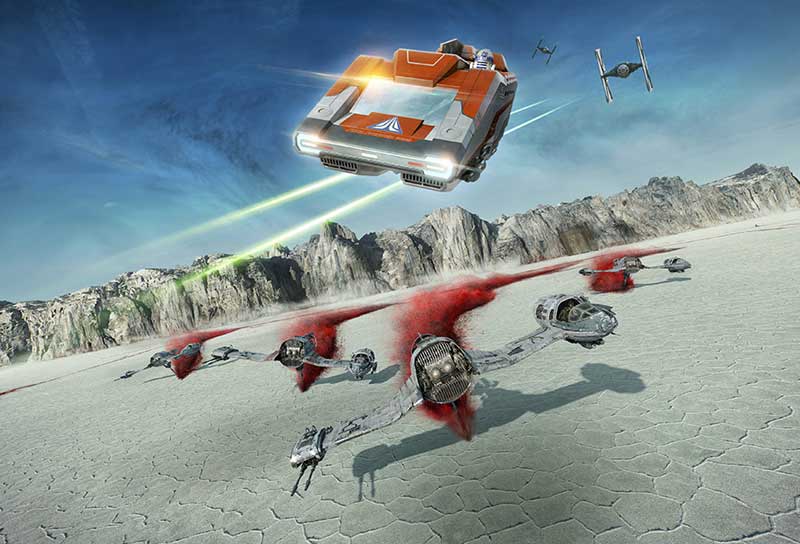 This weekend Disney’s Star Tours: The Adventures Continue attraction launched for a new adventure bringing guests to not just one, but two destinations in the Star Wars galaxy. In the new film, your Starspeeder will get caught in the middle of an epic battle from Star Wars: The Last Jedi on the planet Crait.

The new segment has some amazing call backs to the original Star Tours attraction, complete with sound and visual cues of flying through a crystal cave. Characters like Poe Dameron, Maz Canata, and General Hux also make an appearance.

Right now flight simulators in Anaheim and Orlando are set to a schedule that will make sure you see both the segments from Star Wars: The Force Awakens and The Last Jedi. But there is some randomization, so there’s incentive to ride multiple times.

Some guests at Disneyland were even treated to a special ride on Star Tours with Star Wars legend Mark Hamill, aka Luke Skywalker himself:

Will you add an adventure on Star Tours on your next trip to the parks?