Star Wars: Galactic Nights event sure to be a fan favorite 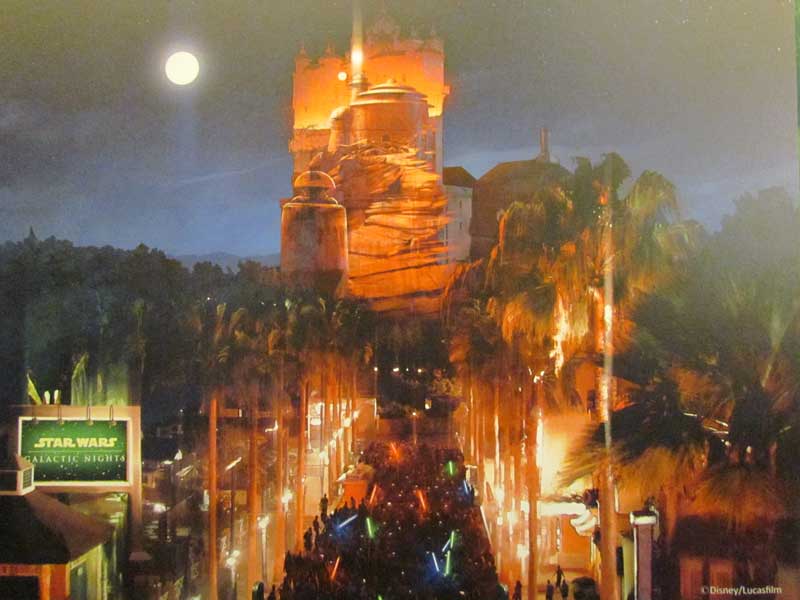 The premiere of a new Star Wars movie is practically a holiday for fans of the saga, that’s why Disney is hoping you’ll make a trip to Disney’s Hollywood Studios the day after “The Last Jedi” premieres to celebrate with other fans at the Star Wars: Galactic Nights events.

Star Wars legend Warwick Davis will be on hand to host the event. Scott Trowbridge from Walt Disney Imagineering will present more previously un-discovered details about Star Wars: Galaxy’s Edge. And a whole new digital projection show will run for one night only – Star Wars: Galactic Destinations (rendering above).

Disney aims to represent the Star Wars galaxy from Phantom Menace to The Last Jedi and everything in between at Disney’s Hollywood Studios, effectively taking over the park for one night of the ultimate Star Wars party. You won’t want to miss it.

The event in Galactic Nights in April sold out. So book your ticket now.