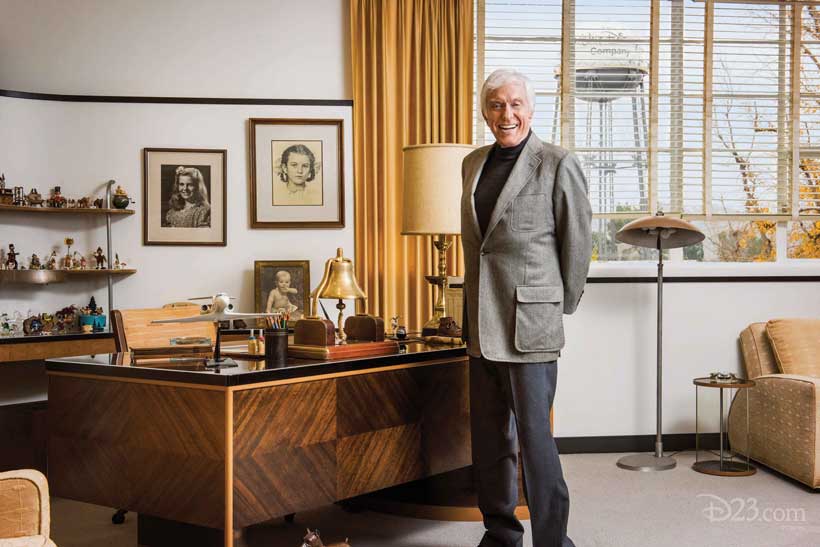 If you’re a big fan of the Walt Disney Company, and if you’re reading this blog, that’s a pretty safe bet, one of the best sources of unique experiences and events is the official Disney fan club – D23. The club just had its ‘fan’-iversary on October 1 where it announced the slate of events for 2018.

DESTINATION D: HAPPY BIRTHDAY MICKEY: November 18, 2018, will mark 90 years since Mickey Mouse made his debut in Steamboat Willie at the Colony Theatre in New York City, and D23 is throwing a party at Disney’s Contemporary Resort at Walt Disney World Resort to celebrate. The event will include panels, presentations, an all-new exhibit from the Walt Disney Archives, a pop-up store from Walt Disney Imagineering’s Mickey’s of Glendale, and more. Additional details, including special hotel rates and ticketing information, will be announced in the coming months.

RETURN TO MARCELINE: In 2012, D23 Members journeyed to Marceline, Missouri, where Walt Disney spent his early childhood. The bucolic town served as a great inspiration for his work, and he once wrote, “More things of importance happened to me in Marceline than have happened since or are likely to in the future.” Members will have a chance to explore the Walt Disney Hometown Museum, enjoy some local treats, and stroll down Marceline’s own “Main Street, U.S.A.” during this full-day event with special guests.

SCREENINGS ON THE WALT DISNEY STUDIOS LOT AND AT WALT DISNEY WORLD RESORT: Throughout the year, D23 will once again offer special screenings on both coasts of classic Disney favorites, including Peter Pan, Robin Hood, Mary Poppins, and more. And join us as D23 celebrates Saturday morning cartoons with a special experience—on a Saturday morning, of course—next summer on the Studio lot.

THE OFFICIAL WALT DISNEY STUDIOS TOUR—PRESENTED BY D23: D23 Gold Member-exclusive tours of the historic Studio lot return, including a look inside the Walt Disney Archives and a tour of Walt Disney’s office suite. The 2.5-hour tours offer fans a unique perspective on historic moments from Disney films, television shows, and theme parks. Plus, the December tour will include a new holiday twist!

D23’S LUNCH WITH A DISNEY LEGEND: Beginning in January, D23 brings back these exclusive luncheons with Disney luminaries, where members will meet Disney Legends and hear their fascinating stories. The events return to both Walt Disney World Resort and The Walt Disney Studios, where members have already dined with such Legends as Imagineer Wayne Jackson, animator Burny Mattinson, Walt Disney Archives founder Dave Smith, and voice talent Russi Taylor.

PIXAR AND THE PARKS: D23 kicks off a trio of thrilling events with Walt Disney Parks and Resorts in April, when members will be invited to celebrate the 20th anniversary of Disney’s Animal Kingdom with in-park experiences, culinary delights, and surprises. Next summer, D23 will invite guests to shrink to the size of Woody and Buzz Lightyear when Toy Story Land opens at Disney’s Hollywood Studios. And more animated magic is on the way at a special event for the opening of Pixar Pier at Disney California Adventure. And speaking of Pixar, for the first time ever, D23 Members will have the chance to tour Pixar Animation Studios in Emeryville, Calif. More information on all these events will be released in the new year.

ADVANCE SCREENINGS: From A Wrinkle in Time to Mary Poppins Returns, D23 Members can look forward to a host of exclusive, advance screenings across the country in 2018. This year, D23 brought movie magic to cities including Atlanta, Boston, Chicago, Cincinnati, Dallas, Denver, Houston, Philadelphia, and San Francisco. Plus, this year D23 Members attended the red-carpet premieres of Beauty and the Beast and Cars 3. D23 Gold Members across the U.S. will once again be selected at random to receive complimentary movie passes, which will be included in issues of Disney twenty-three, D23’s quarterly publication.

D23’s SPELL-TACULAR DISNEY FANNIVERSARY: From the spooky to the kooky, two beloved films are celebrating silver anniversaries in 2018: Hocus Pocus and Tim Burton’s The Nightmare Before Christmas. In 1993, Hocus Pocus introduced us to the hilarious (if somewhat evil-minded) Sanderson Sisters, and later that year, the magnificently inventive Tim Burton introduced us to Jack Skellington; his “doll” of an admirer, Sally; the adorable “ghost dog” Zero; and the villainous Oogie Boogie. Next fall, D23 Members will enjoy a cauldron full of new features, as well as special screening events on the Disney Studio lot and around the United States, where fans will be able to vote in advance on which of the two classics we screen.

SIGNATURE EVENTS: D23 will bring back foodie favorite Sip & Stroll during the Epcot International Food & Wine Festival. Guests at Walt Disney World Resort will once again make the season bright next December, and on the West Coast, members will be invited back to The Walt Disney Studios to Light Up the Season. Also, D23’s Behind-the-Scenes Experiences will return, offering exclusive, one-of-a-kind events to D23 Gold and Gold Family Members.

MEMBER MIXERS: After mixing and mingling at complimentary gatherings in Providence, R.I.; Seattle, Wash.; and, once again, at San Diego Comic-Con, D23 will bring more mixers to U.S. cities in 2018.

As it currently stands, here’s the calendar of events (subject to change):

If you’re looking for the D23 Expo in July it’s only held every two-years. The next one is expected to be held in 2019, just in time for big hype for Star Wars: Galaxy’s Edge across the street. You might want to reserve your hotel rooms now.

D23 is free to join, but paid membership levels come with certain privileges that makes getting access to events easier plus the D23 magazine.