Production on Disney’s Aladdin is underway, first photo from set 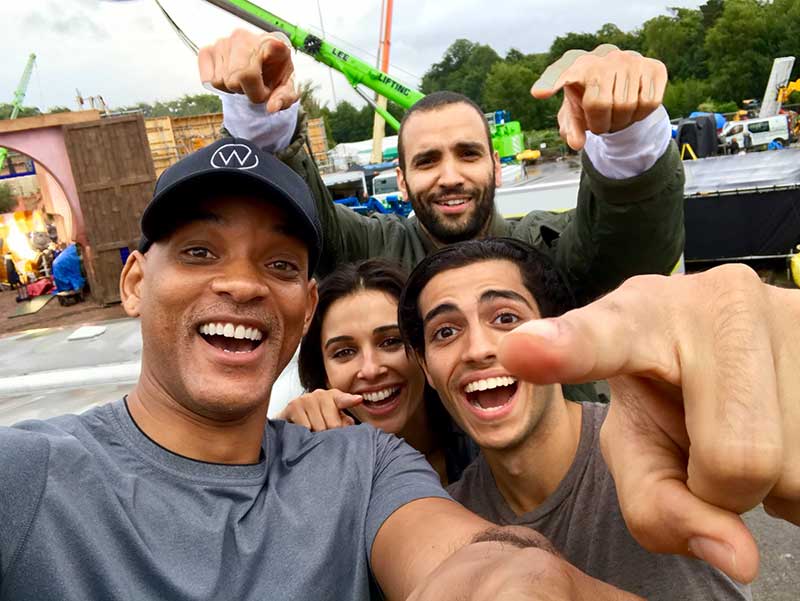 It looks like Aladdin has rubbed the lamp and let loose the genie. Production is underway on Disney’s live-action adaption of it’s animated hit Aladdin. Will Smith, who will play the Genie, even snapped a selfie to commemorate the occasion. He was joined by fellow cast members Mena Massoud as Aladdin, Naomi Scott as Princess Jasmine, and Marwan Kenzari as Jafar.

If you look closely in the background there, you see a set piece that looks like it belongs in the world of Aladdin, which is being filmed at Longcross Studios outside of London.

Also reported today, actor Navid Negahban (Homeland) has signed on to play the Sultan, Princess Jasmine’s father, in the remake, while Billy Magnussen will play the new character of Prince Anders (a second potential suitor for Jasmine).

Guy Ritchie is the director, btw. Which gives me hope this will be a great film. What are your hopes for Disney’s live-action re-do of Aladdin?