It was the summer’s a high-octane hit, Pixar’s Cars 3 took the story of Lightning McQueen to a new level of family entertainment, returning the franchise to one of Pixar’s best. Now you’ll be able to enjoy Lightning McQueen, Cruz Ramirez and all their friends whenever you want as Disney has announced that the in-home arrival of “Cars 3” digitally on October 24th and arrive on Blu-ray November 7th! 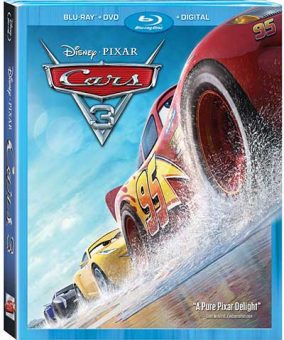 We’re excited about the lit of bonus features including the all new mini-movie starring the demolition derby legend Miss Fritter. The full list of Blu-Ray DVD features is here:

Okay, that was not unexpected. I expect the Cars 3 Blu-Ray to be full of great bonus features, as Pixar’s DVDs usually are. It’s available to pre-order now for Blu-Ray November 7. Your Blu-Ray pre-order will help support The Disney Blog. Thank you.