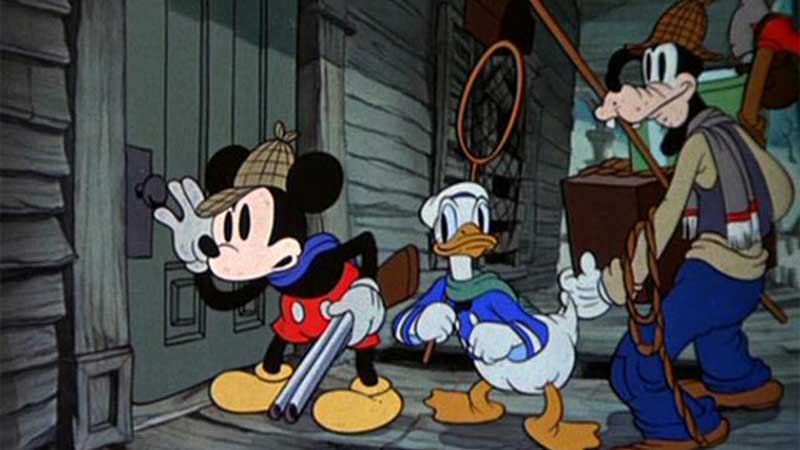 The semi-regular Treasures from the Disney Vault nights on cable’s TCM channel have become must-watch TV for Disney fans hungry for that sense of nostalgia and history that is so integral to their love of the brand. Although TCM no longer sponsors the Great Movie Ride at Disney’s Hollywood Studios (why did they close that again?), it will continue to work with Disney to showcase these classics from the Disney library.

Film critic, historian and Disney expert Leonard Maltin returns as host of the night’s lineup which this year includes a great line up of feature films and just one animated short. It’s a great animated short though, Lonesome Ghosts (1937), a cartoon short features Mickey Mouse, Donald Duck, and Goofy at the height of their hilarity.

The feature length treasures include two TCM premieres. Kidnapped (1960) is an adaptation of the classic 1886 Robert Louis Stevenson novel, with James MacArthur as the young adventurer David Balfour and Peter Finch as his protector, Alan Breck Stewart, while Blackbeard’s Ghost (1968), based on the novel by Ben Stahl, stars Dean Jones as a track coach who conjures the ghost of the infamous pirate (Peter Ustinov). The delightful cast also includes Suzanne Pleshette, Elsa Lanchester, Joby Baker, and Richard Deacon. ‘Blackbeard’ was one of my favorite childhood movies, I even owned the soundtrack. I can’t wait to share it with my son.

The other Disney movies are Swiss Family Robinson (1960), based on Johann David Wyss’s 1812 novel and starring Dorothy McGuire, John Mills and James MacArthur; Freaky Friday (1976), a popular fantasy-comedy starring Jodie Foster and Barbara Harris as a daughter and mother who switch bodies; and Candleshoe (1977), a comedy in which con-man Leo McKern tries to pass off orphan Jodie Foster as the heiress to estate owner Helen Hayes, with David Niven as an intrepid butler.

The schedule for Monday, September 11 is:

That’s it folks. Set your DVRs to stun.