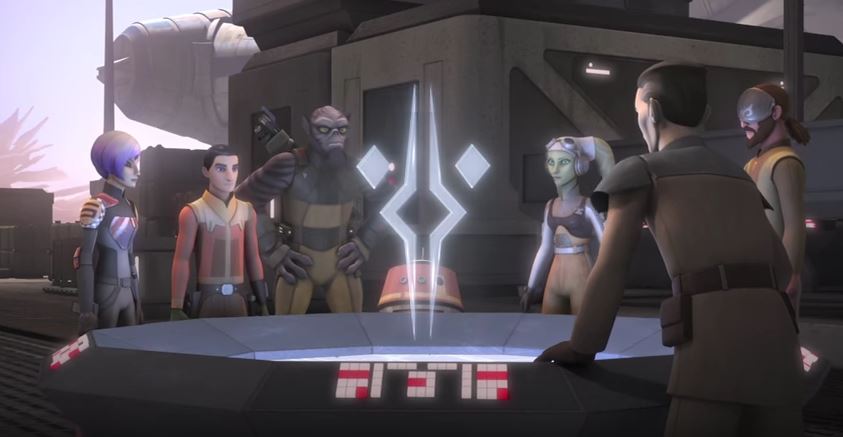 It takes 3 blu-ray discs or 4 dvds to fit in the entire Star Wars Rebels third season and all the bonus material. We enjoyed watching every minute of it as Star Wars Rebels contains some of the most epic and engaging storytelling ever from Disney and Lucasfilm. You can now pick-up your own copy of the third season on Blu-Ray or DVD complete with a long list of must-watch bonus features. 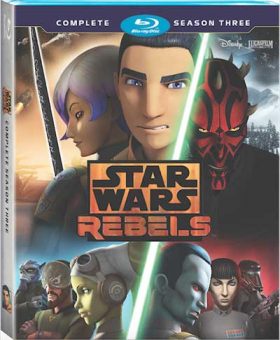 There’s one season left, but we’ve already learned more about how the crew of The Ghost are helping to build the rebellion that will eventually overthrow The Empire, we faced most dangerous adversary yet in the form of the cold analytical Grand Admiral Thrawn, and we’ve seen the growth of Ezra, Sabine, and Kanan as they all face their own internal challenges. That just scrapes the surface of the stories being told too.

Of the bonus features, I really enjoyed “Thrawn: A Legend Reborn” and “Apprentices to Outcasts: Kenobi and Maul.” Plus there are five audio commentaries, which are always my favorite part of a DVD.

Season 4 of Star Wars Rebels will be the last. The crew of the Ghost and the rebellion itself is rushing up to the events of “Rogue One” and the original Star Wars movie “A New Hope.” How they get there really started to accelerate in season 3.

Your purchase via Amazon of Star Wars Rebels complete third season on Blu-Ray will help The Disney Blog. Thank you.