Videopolis: Flute cover of “A Whole New World” from Aladdin 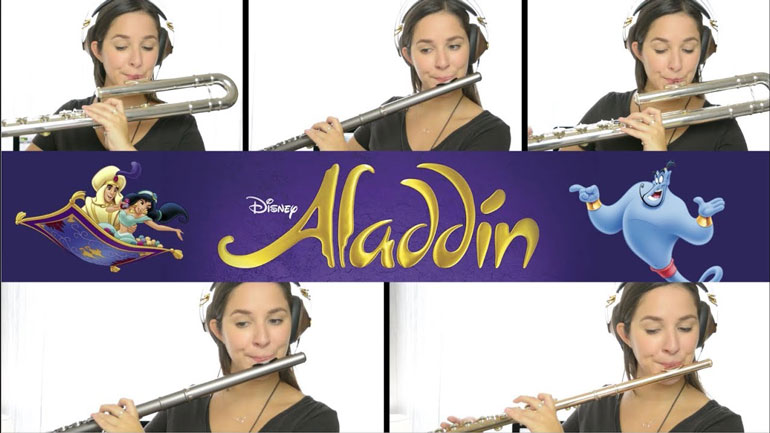 Flutist Gina Luciani is back with a new one woman flute cover of one of your favorite Disney songs – this time it’s “A Whole New World” from Disney’s animated classic Aladdin. Luciani does her own arrangement and plays each instrument, a type of flute, herself.

We last saw Luciani performing touching the “Married Life” segment from Pixar’s “Up.” We asked Luciani why she chose a song from Aladdin for her follow up video.

“Aladdin is one of my favorite Disney Movies of all time,” said Luciani. “As a kid, I watched it so many times that the VHS broke! Also, Alan Menken’s score makes the movie come to life.”

It takes Luciani anywhere from a few days to a week to make these one-woman flutist video. First she makes an arrangement that she feels is true to the origina, then she records it into ProTools to get the best sound. She films herself playing as she records, so she can then edit the video and put it all together.

Whatever Luciani is doing, we love it. How you love it too!