Videopolis: You’ve Got a Friend in Me from Toy Story 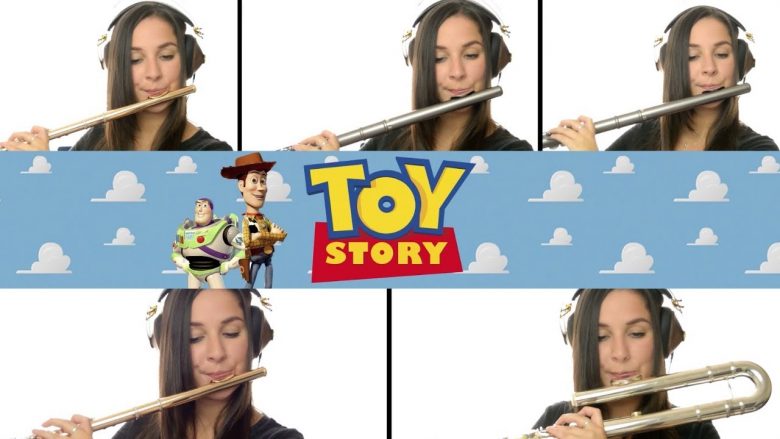 Pixar’s first full length computer animated feature film “Toy Story” features a wonderful soundtrack from Randy Newman. It’s theme song “You’ve Got A Friend In Me” is still instantly familiar to fans everywhere. So we’re excited to feature a unique flute-only cover of the song by flutist and arranger Gina Luciani as our latest Videopolis:

According to Luciani, she choose to do this arrangement because she loves the music by Randy Newman. As you can tell from the video she uses more than one type of flute in the song.

“I choose my instruments for each arrangement based of the tone and feeling I want to create for each song,” said Luciani. “Also, by using the different flutes, it gives it more depth since I can cover different ranges (so for instance a bass line verses a soprano line). If I did them all in one instrument there wouldn’t be much separation in the texture.”

We’ve previously featured Luciani’s wonderful flute covers of theme music from Pixar’s “Up,” and from Aladdin “A Whole New World.”