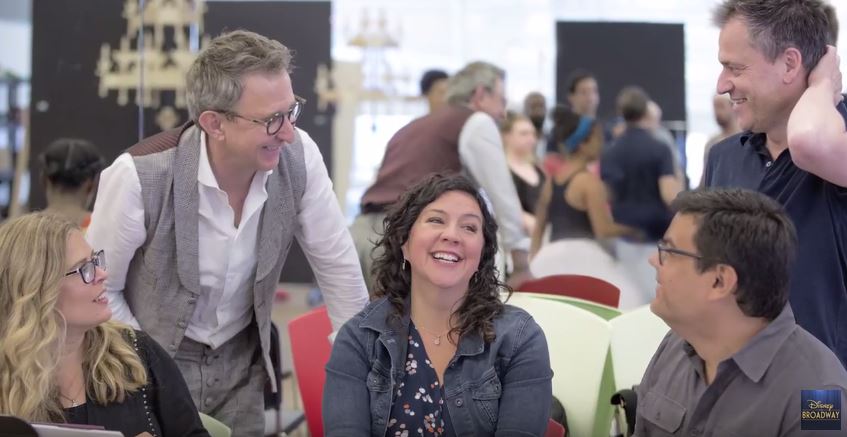 The team behind Frozen The Musical has come together to share the creative story of bringing the phenomenal box office hit to the stage as a musical. In addition to hearing from producer Thomas Schumacher, writer Jennifer Lee, and composer and lyricist duo Robert Lopez and Kristen Anderson-Lopez, we get to see some behind the scenes look at rehearsals for the show.

I’m excited to hear that the Frozen stage musical takes the 7-ish songs of the movie and nearly triples it to 21 in the show. As with any stage musical based off a movie, you expect there to be an expansion of the plot and themes of the movie, Frozen will be no different.

Frozen will join Disney hits Aladdin and The Lion King on Broadway in spring 2018 at the St. James Theatre.  Prior to Broadway, Frozen will play its out-of-town tryout at the Buell Theatre in the Denver Center for the Performing Arts August 17 – October 1, 2017. Tickets for performances in Denver are on sale now. For information on the Denver engagement visit DenverCenter.org. Tickets for Broadway performances will go on sale later this year.

Previously: Cast and crew of Frozen the Musical gather on stage at the Buell Theatre in Denver, CO for the first time.

About Frozen the musical: