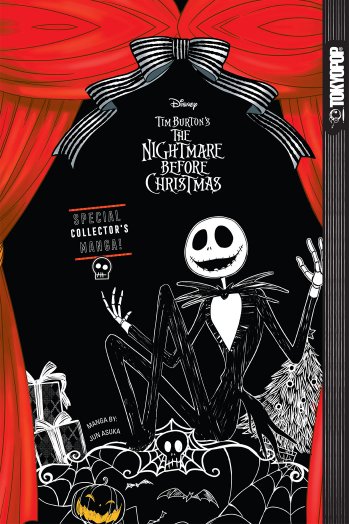 Fans of Tim Burton’s Nightmare Before Christmas have been waiting decades to hear these important words – Jack’s coming back. Tokyopop comics has been approved to continue the stop-motion classic in comic book form. “Nightmare before Christmas: Zero’s Journey” will follow the mis-adventures of Jack Skellington’s dog Zero as he gets lost in Christmas Town.

The series will be written by CJ Milky and have art from Studio DICE. Tokyopop plans to serialize the story in full-color issues and then release a collection as a paperback. Expect a Spring 2018 debut for the first issue.

Tokyopop’s previous work for Disney includes a manga adaption of Disney’s Beauty and the Beast and they’ve announced more collaborations will be coming.

Where do you think Nightmare Before Christmas should now that’s been almost a quarter of a century since the move came out? Or is the only sequel you want to see one that shows up on the big screen?