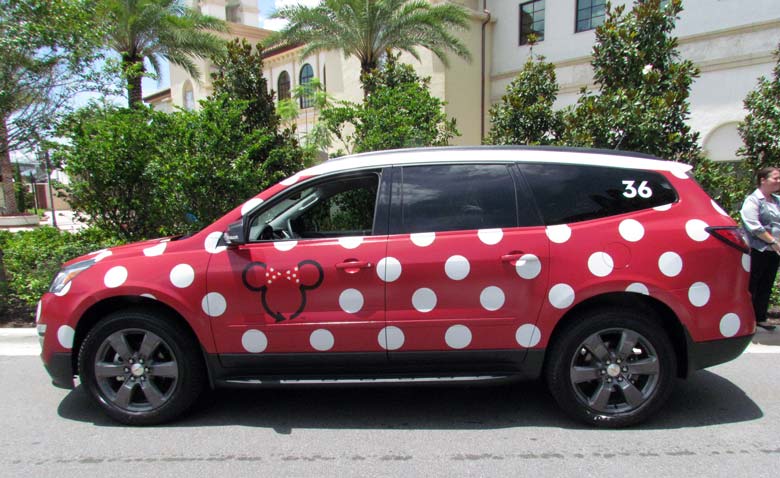 We’ve been covering the arrival of a new form of transportation to Walt Disney World for a few weeks now. We’d always understood that Disney wanted the service to replace Uber and Lyft, but it turns out that they’re actually in cahoots with one of them. Yes, Minnie Van is getting a Lyft.

The Minnie Van has been in testing with limited service, and it’s still in limited service now. Only guests of Disney’s BoardWalk Resort and Disney’s Yacht & Beach Club resorts can use the service with the Lyft app right now. Word is it will be expanding to other resorts fairly quickly however.

Lyft co-founder and president John Zimmer says, “Playing a part in a family’s experience at the most magical place on earth is a dream come true.”

As we’ve stated before the Minnie Van service actually uses a Chevy Traverse, which means you and up to 5 other friends can be transported in the car. Each car has two car seats. If you need an ADA accessible van, they have that too.

The Minnie Van service is available between 6:30am and 12:30am (subject to change). Even though you will summon and pay for the cars through the Lyft app, the drivers will remain Disney employees who are trained on the ins and outs of the Walt Disney World Resort. 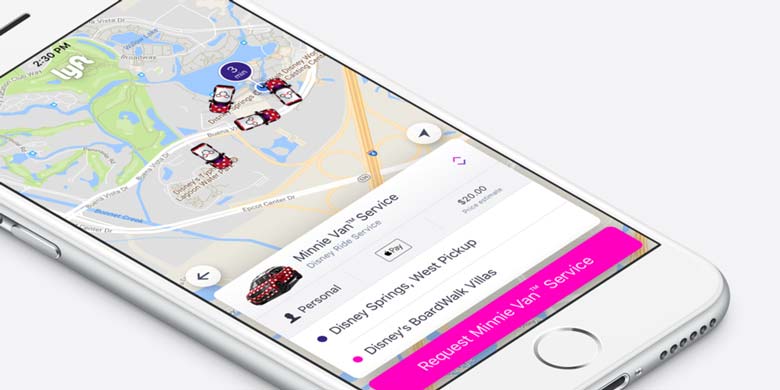 This is a smart move on Disney’s part. Uber, Lyft, and their competitors would eventually eat Disney’s lunch in the ride share world. So Disney is getting ahead of the game now. When self driving cars do arrive on the scene, Disney will already be established with their own brand in the area and the transition will be more natural.