The final poster for Disney’s Frozen the Musical has been released by Disney Theatrical. The show is currently preparing for its off-Broadway debut in Denver, CO. Many musicals have out of town tryouts to work out any rough edges, maybe write a few new songs, before it moves to New York. But usually the promotional campaign starts early.

I love how the poster works on multiple layers. First is the obvious snowflake. Which contains inside of it a woman’s figure with an arm raised like the iconic Elsa pose. Did you notice the other silhouettes of two women’s profiles facing each other in the snowflake? I love how it brings the two sisters into the poster. The movie is about them, after all. 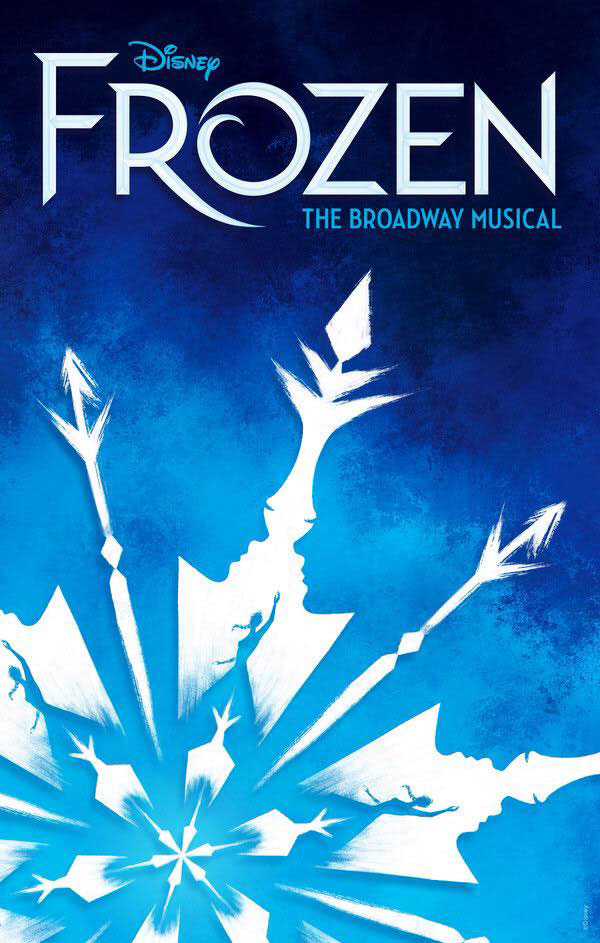 Of course, you don’t magically create a poster and get it right the first time. There’s trial and error. A fantastic NY Times article dives into 7 other versions of the poster that didn’t make the cut. There’s a ton of insight about Broadway in that musical, even if it’s just about creating a poster.

The first performance is August 17th and it’s currently planned to run through October 1, 2017.

Previously: The official trailer for Frozen The Musical.