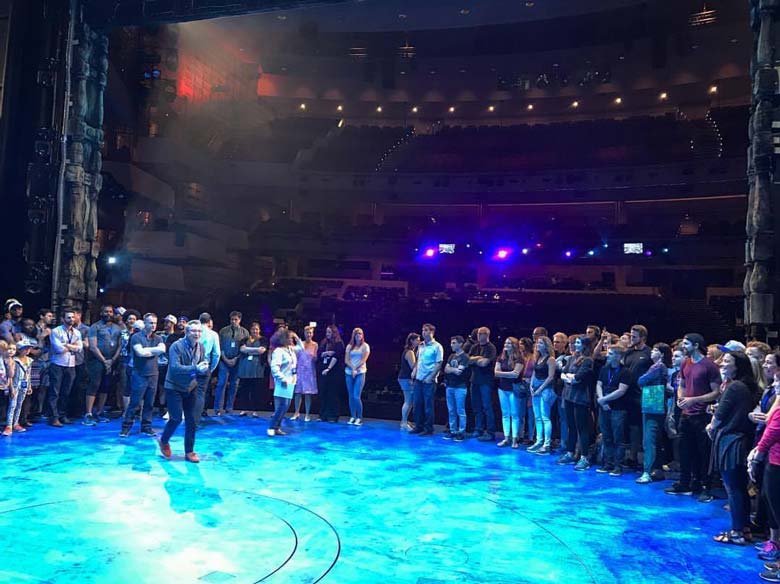 Disney Theatrical is currently assembling a Broadway bound production of a new full-length stage musical production of Disney animation’s hit feature ‘Frozen.’ As with most Broadway musicals, they work shop the show away from New York so any rough edges can be worked out, songs written, actors replaced, etc outside the gaze of the tough critics that come with a Broadway show. For Frozen that means Denver, CO.

Frozen will play its out-of-town tryout at the Buell Theatre in the Denver Center for the Performing Arts August 17 – October 1, 2017. This week marked the time the production moved into the Buell Theatre for full rehearsals. Disney Theatrical shared the above photo to mark the occasion. Looks like an amazing space.

This Broadway-bound Frozen, a full-length stage work told in two acts, is the first and only incarnation of the tale that expands upon and deepens its indelible plot and themes through new songs and story material from the film’s creators. Like the Disney Theatrical Broadway musicals that have come before it, it is a full evening of theatre and is expected to run two and a half hours.

Tickets for performances in Denver are on sale now. For information on the Denver engagement visit DenverCenter.org. Tickets for Broadway performances will go on sale later this year.

previousHow to use the new mobile check-in feature at your Walt Disney World resort
nextNew Rivers of America, Railroad route revealed at Disneyland