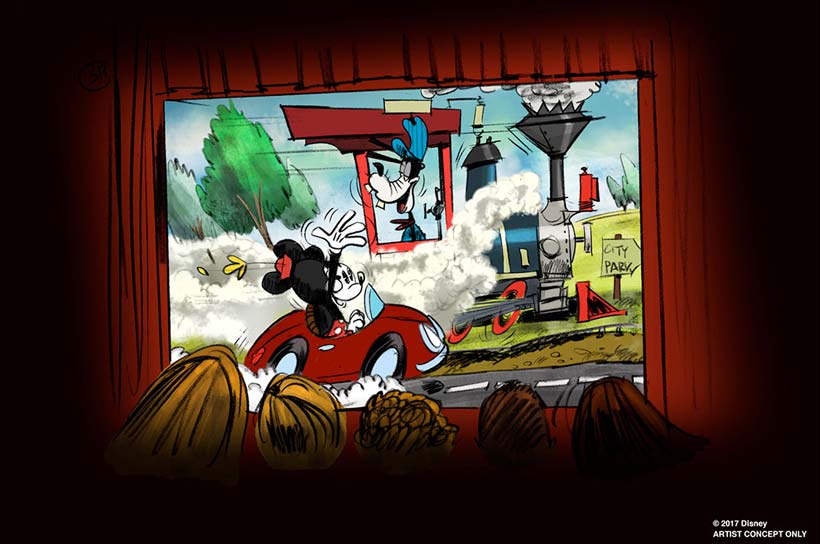 Mickey Mouse is the original Disney icon that started it all. The little character has created billions of moments of glee around the world, but he has never had his own ride-through attraction at a Disney park. That’s about to change as “Mickey and Minnie’s Runaway Railway” was just announced to replace the “Great Movie Ride” at Disney’s Hollywood Studios.

The runaway railway will take guests through the movie screen to join Mickey and his friends inside the wacky and unpredictable world of a Mickey Mouse Cartoon Short (yes the new Mickey Shorts on the Disney Channel). You’ll start by watching a short in the lobby then board a train driven by Goofy himself. There will even be a brand new theme song for Mickey.

Inside the ride, you’ll see dazzling visual effects and mind-boggling transformations courtesy Disney’s new “2 1/2 D” technology. With the new technology projections will apepar 3-D, but you won’t need glasses to experience them. Flat cartoons will turn into dimentionsl displays of amazingness.

“This is one of the boldest…most impossible things I’ve ever worked on in almost 40 years of being an Imagineer. And you know what? That’s what I love about it. Well, that, and Mickey,” said Disney Imagineer Keven Rafferty. “This is not going to be a small attraction, it’s going to be game-changing.” 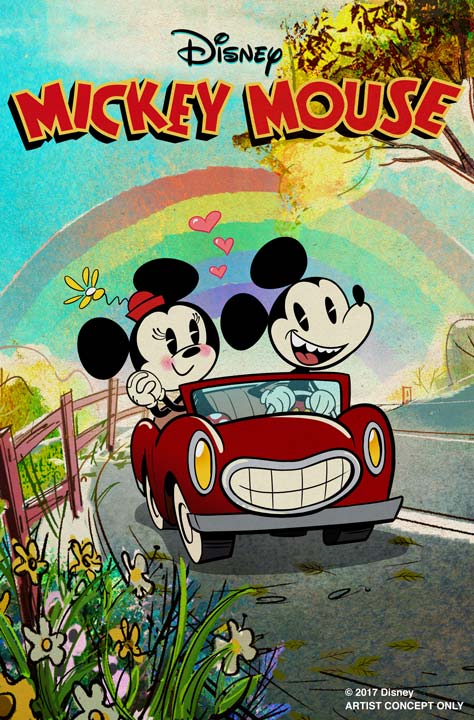 The new Mickey attraction will take over the giant show building that currently houses the Great Movie Ride inside the Chinese Theater at Center Stage in Disney’s Hollywood Studios. If you want to take one more trip through the history of Hollywood, you’ll have to take it by August 13, 2017.

The closure of the Great Movie Ride will mean no opening day attractions remain from Disney-MGM Studios. Well, unless you count Indiana Jones Epic Stunt Spectacular, which opened later that year. 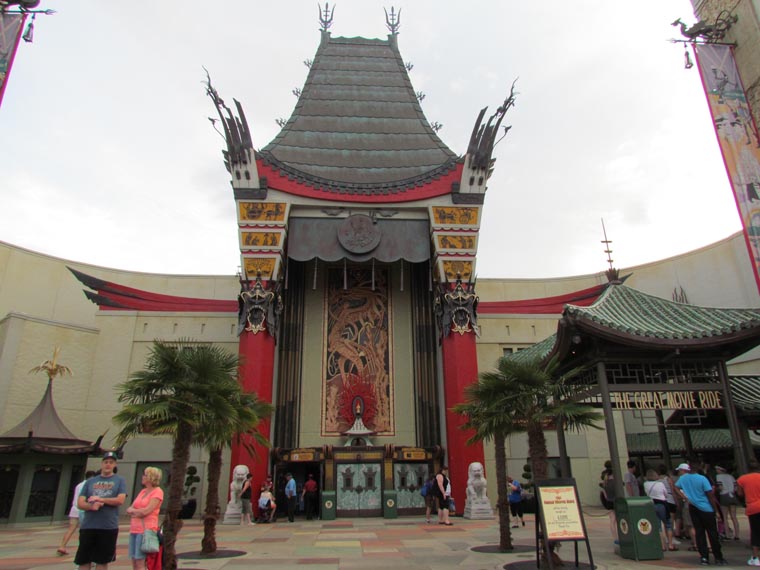 Does that mean the original concept of visiting a working studio is a failure? Not exactly, it turns out it’s harder to attraction TV and movie quality talent to Central Florida than it looks. The closest they came was the animation studios which helped produce Disney’s Mulan. The dream of Orlando as Hollywood-east was never meant to be.

Of course, a name change looms on the horizon for Hollywood Studios. Disney CEO Bob Iger was forced to reveal that a change was coming, alas, they neglected to mention what that was at the recent D23 Expo.

We know that by the end of 2018, the park will have been transformed from a park where you experience the making of movies to one where you are a participant in them. Toy Story Land will shrink you to the size of a toy in Andy’s backyard, Star Wars: Galaxy’s Edge will transport you to a world where every cast member is a character and your actions as a guest can affect how you’re treated, and Mickey and Minnie’s Runaway Railway will transport you into an animated short.

Although nothing has been announced, I would like to see Imagineering perform some placemaking for Hollywood Studios similar to what Disney California Adventure received to revive its brand. Whatever the new name is, the theme needs to be coherent throughout, especially given how all attractions from opening day will be gone.

What do you think of Mickey & Minnie’s Runaway Railway and the end of the Great Movie Ride?