The Music of Pixar Live – we meet the show director 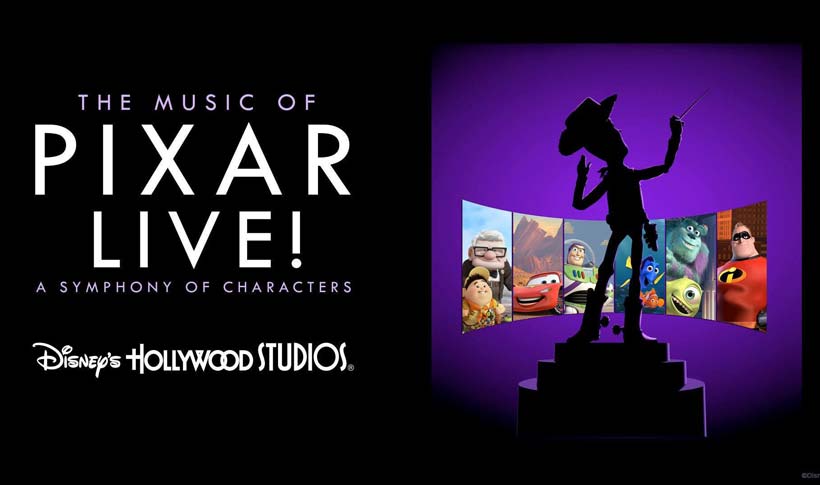 A new summer show at Disney’s Hollywood Studios brings beloved characters and soundtracks from Pixar Animation Studios’ films to the stage with a live orchestra and animated clips. Now through August 27th, “The Music of Pixar Live! A Symphony of Characters” will play three shows nightly on Sunset Boulevard at the Theater of the Stars.

“The Music of Pixar Live” takes audience members on a emotional roller coaster using the familiar songs from Pixar’s film. Two of my favorites where the themes from “Monster, Inc” and “Up.” Both take you right back to those hearststring pulling moments of the film.

We interview Tom Vazzana, Show Director for Live Entertainment, Walt Disney Parks & Resorts on the role behind the production of “The Music of Pixar Live! A Symphony of Characters” and asked him how he choose which six movies to focus on and how the show helps transform the guest experience at Hollywood Studios.

Vazzana also talked about how they turnover the stage from “Beauty and the Beast” to hold a 50 piece orchestra on a nightly basis. After the last showing of Beast, the stage is cleared so a screen can be lowered and a new temporary floor is rolled out. That floor has markings for the exact spaces for each chair and the conductor’s podium. According to Vazzana they rehearsed this process to make sure they could get it done in the time allowed between the last show of Beast and the first guest arriving for the Pixar concert.

Tom Vazzana’s other work as show director at includes “Jingle Bell, Jingle BAM!” and “Hoop Dee Doo Revue,” two favorite shows for guests. Fastpass is offered as are dining packages. The show is about 45 minutes long, but to me it went by too fast. On my most recent trip Disney had added foam padding to the benches making the extended time much more tolerable to the posterior too.

Have you see “The Music of Pixar Live!”? Would you recommend it to other fans?