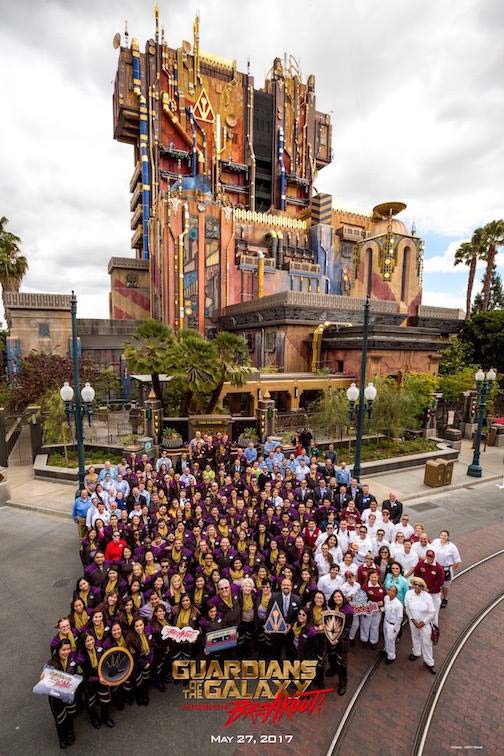 I like the above photo of the opening day team assembled in front of the attraction. It takes a lot of people’s unique skills and craft to build a ride like this. Among them are the Walt Disney Imagineering Project Coordinator.

That’s the role of Sarah Brnca, who just happens to be featured in Disneyland’s ongoing video series “Every Role a Starring Role.”

Sarah Brnca is a project coordinator with Walt Disney Imagineering. In that role she is the integrator between all project teams, keeping things cohesive, organized and running smoothly. She does this by managing the communication on a project through each phase of the process, from design and construction to the day it opens for Disneyland Resort guests.

If you could work for Disneyland, what would your role be?

previousPandora – The World of Avatar: Adopting A Banshee
nextMarvel previews what to expect at D23 Expo