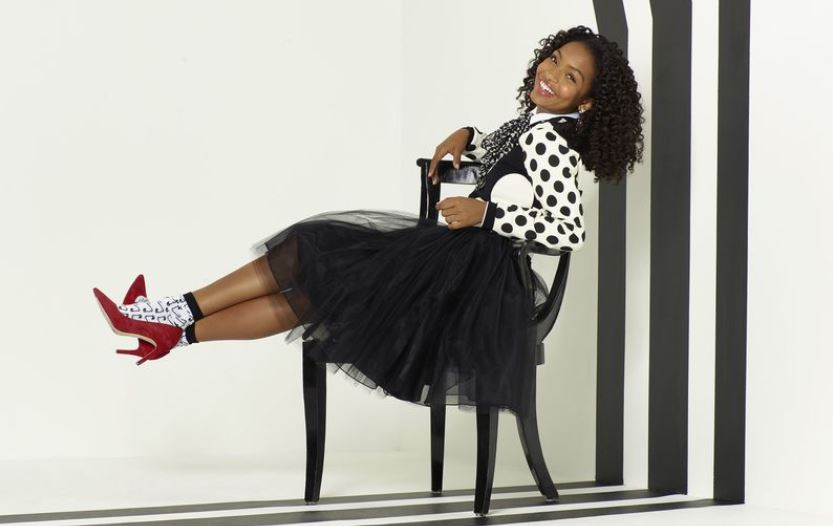 One of the breakout stars from ABC’s award winning family comedy ‘Black-ish’ is Yara Shahidi. Her character had been highlighted as having enough potential to lead a spinoff. After filming a pilot, that project moved closer to getting the greenlight, but it won’t be on ABC; instead, according to Deadline Hollywood, the show will air on Freeform, Disney’s cable network aimed squarely at the millennial set.

Shahidi’s character Zoey Johnson will be heading to collect in the new show. If this sounds familiar, it’s the same plot of “A Different World” which was the spin off from “The Cosby Show” where Denise Huxtable (played by Lisa Bonet) went off to college. Bonet left after the first season, but the show went on without her.

The pilot for the new sit-com was reportedly well received at Disney. But executives thought it might skew too young for the big network but perfect for those millennials they want to watch Freeform.

Born in Minneapolis, Minnesota, Shahidi spent the early part of her childhood in the heart of Minneapolis, where she enjoyed annual visits to the state fair and assisting her grandfather with the family’s Persian Rug shop. Her father is a successful cinematographer, and her mother, a well-acknowledged commercial actress. The young star actually received her start alongside her mother, appearing in several international commercial and print campaigns. Her first major film came when she was offered the opportunity to audition for the role of Olivia Danielson in the Paramount film “Imagine That,” opposite Eddie Murphy. She quickly took to the role of the creative and happy-go-lucky daughter to Murphy, bolstering her love of acting.

Shahidi went on to appear in television series such as ABC’s “In the Motherhood,” with Cheryl Hines and Megan Mullally, CBS’ “Cold Case,” Disney’s “Wizards of Waverly Place,” FOX’s “Lie to Me,” and FOX’s “The Finder,” to name a few. Shahidi also maintains recurring roles on the hit ABC series “Scandal” as the young Olivia Pope and as Maddie on ABC Family’s “The Fosters.”

Are you a regular watcher of ‘Black-ish’ on ABC? Will you follow Zoey to Freeform if the spin-off gets approved?